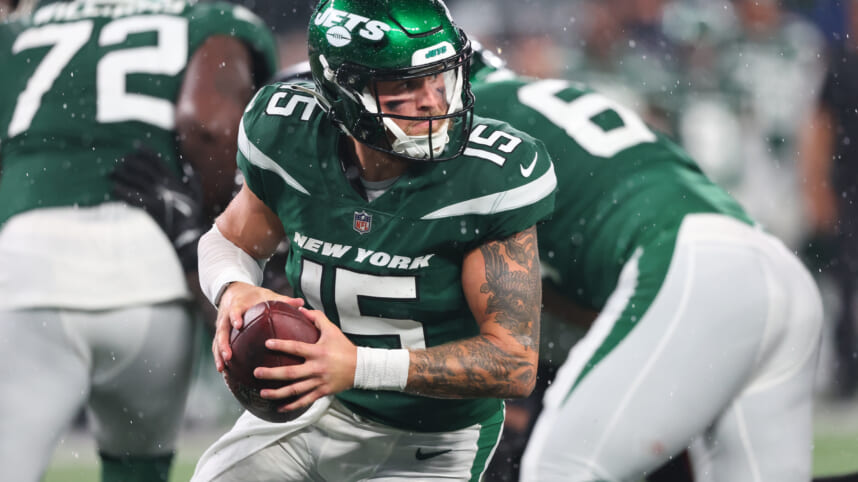 Predominately backups and players on the roster bubble played for the New York Jets in Week 2 of the preseason. With many spots on the final 53 up for grabs and battles at various positions, we saw some players boost their stock last night, while some others seemingly now have slimmer chances.

Four particular positions where players competing either elevated or lost stock following last night’s game will be highlighted below.

It is fair to say that Chris Streveler has outplayed Mike White through the first two preseason games. Last night, White led the Jets to just three points in the first half, which came on the final drive. Streveler led the Jets on two touchdown drives in the second half. He also offers more on the move with his legs.

Whether or not the Jets view Streveler ahead of White as the third quarterback is unknown. However, it is safe to point out that considering he had no reps up until last week, he has been better in the preseason.

In the first two preseason games, no Jets player has potentially done more for his final 53 chances than Lawrence Cager. He has been the leading receiver in both games. In total, Cager has five catches for 105 yards (21 per catch) and a touchdown. He had a catch go for 29 yards in the first game and then a long of 34 last night.

Trevon Wesco committed a few penalties in last night’s game. Certainly, not ideal with Cager’s incredible play and the Jets already having three tight ends in place with Tyler Conklin, CJ Uzomah, and Jeremy Ruckert. If the Jets go with four tight ends on the roster, Cager may end up taking it.

Jonathan Marshall is a young player in his second year with generational athleticism for a defensive tackle. He made evident some of his potential against the Atlanta Falcons. Marshall recorded two tackles for loss, one sack, and a quarterback hit on top of five total tackles. He made two impact plays in a row to end a Falcons drive.

On the other hand, Nathan Shepherd committed a penalty last night and did not make any splash plays with ample opportunities. With Marshall’s great game Monday and Tanzel Smart showing out in the first preseason game, Shepherd’s final roster chances seem to be trending downward.

Stock Up: Will Parks, Stock Down: Ashtyn Davis

Will Parks may not just be playing himself onto the final roster but into a fairly substantial role. His summer has flown under the radar. Parks has made some plays in camp, started in the first preseason game with Lamarcus Joyner out, and made a splash play last night. He offers veteran experience and leadership to the locker room.

With Ashtyn Davis, he was working with the third team in the game with the Falcons. He seems to be the fifth safety behind Jordan Whitehead, Joyner, Parks, and Jason Pinnock. It seems unlikely the Jets are able to retain a fifth safety on the final roster, making Davis’ chances of being on it improbable.