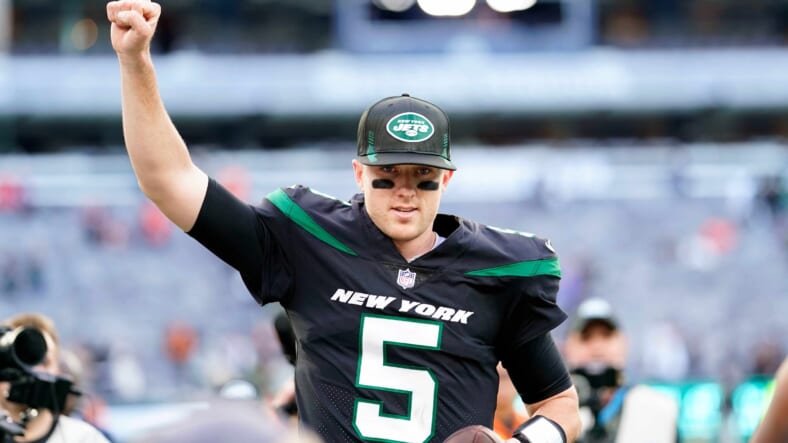 Earlier today, the New York Jets did not delay the inevitable. In correspondence with the move to bench Zach Wilson, head coach Robert Saleh made known that Mike White will be the Jets starting quarterback in Week 12.

As to exactly how long this will last, no one knows. Saleh stated that the expectation is for Wilson to return as the starter at a later point this year. But, for now, the decision to start White is an easy call for the Jets.

For starters, the Jets have way too many talented skill position players not being consistently involved enough.

Whether it be talented rookie and second-year wide receivers, Garrett Wilson and Elijah Moore. Both free agent additions at tight end, Tyler Conklin and CJ Uzomah. Even Michael Carter and Braxton Berrios have been nowhere near what their production should be.

What White showed in his promising glimpses in 2021 was a professional quarterback who can accurately deliver the football in a timely manner to the open target. Exactly what the Jets need.

Someone who can simply play within the system and take what is there. The Jets have too talented of a football team to be losing games like they did on Sunday. This defense will continue its dominance. Now, hopefully, with White, these gifted Jets’ skill players start getting opportunities to make a difference.

The lone issue with White, even in his incredible start a year ago, was the turnovers. He threw two interceptions in the win over the Bengals and eight total interceptions in his four games played. This does place an emphasis on the Jets’ defense, in turn, creating more turnovers as the battle has been reflective in virtually every game that the Jets have either won or lost so far this year.

While White is not perfect and not of the athletic talent of Wilson, he gives this offense what it needs right now. Efficiency within structure, which he absolutely showed last season.

Hopefully, this move also helps Mike LaFleur be the play-caller he has shown he can be. The first great game LaFleur happened to call for the Jets was White’s first start.

The Jets have such a talented, complete football team that even below-average quarterback play should be enough. Unfortunately, with Wilson, it was even worse than below average.

White has proven that he can make the throws, spread the ball around, and get points on the board for the Jets’ offense. Still only 27 years old, getting just his fourth career start, ideally, White plays decent enough for a great Jets football team trying to make the playoffs.