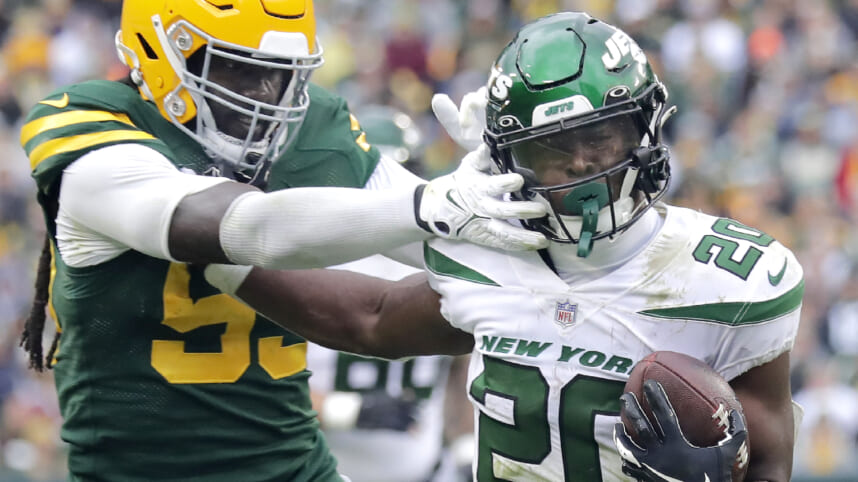 What a Sunday afternoon for the 2022 New York Jets. After another road win, the Jets are now 4-2. The first time since 2015 Jets fans could say that.

Going to Lambeau Field to play the Green Bay Packers coming off of a loss was certainly a challenge for the Jets. All throughout the game, the Jets were clearly the better team on the field en route to a convincing 27-10 victory.

Plain and simple, it was as good of a day as the Jets’ defense could have had at Lambeau. Starting up front, the Jets defensive line made an impact with pressure and slowing the run all afternoon.

Quinnen Williams was a star once again for the Jets. He finished this game with two sacks, two tackles for loss, and three quarterback hits. On top of it all, Williams had a huge blocked field goal.

The lone turnover picked up by the Jets was a fumble Lamarcus Joyner got that set the Jets up for points.

In terms of passes defended, Sauce Gardner totaled two, C.J. Mosley, Kwon Alexander, and Brandin Echols all had one.

What broke this game open for the Jets was the blocked punt by Micheal Clemons. Will Parks scooped it up and ran it in for a score. This gave the Jets a 17-3 lead in the third quarter.

A blocked field goal and punt paved the way for the Jets today.

In coverage, it was another strong day for Justin Hardee and Echols.

The Jets’ offense was picked up all game by rookie running back Breece Hall. He had 20 carries go for 116 yards (5.8 per carry) with one rushing touchdown and a longest run of 34 yards. It was his first 100-yard rushing game and second consecutive game comfortably surpassing 100 yards from scrimmage. Hall also had two catches for five yards.

Zach Wilson made one big throw to Corey Davis downfield for 41 yards that led to points for the Jets. Tyler Conklin and CJ Uzomah both had one catch go for over a dozen yards on a scoring drive. Other than that, it was a quiet day for the Jets’ passing game. While it was not perfect for Zach Wilson, he did not throw any interceptions once again today.

This is a prove-it win for the Jets against a great organization on the road in a tough place to play. They were well in control all game, and it was evident on the scoreboard. The Jets certainly have a lot to feel great about after this win.