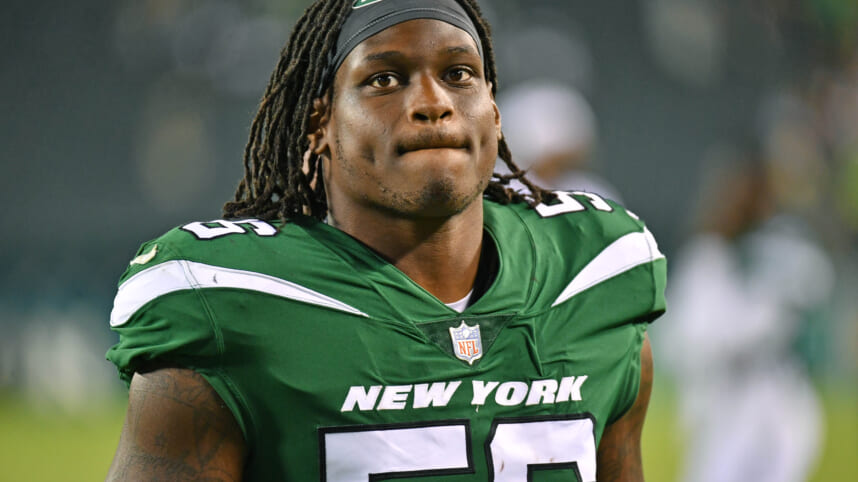 Practice in preparation for Week 6 begins today for the New York Jets. Head coach Robert Saleh met with the media shortly ago, prior to his team starting practice as they get ready for the Green Bay Packers at Lambeau Field. He provided some good news on the injury front.

After missing two games with an ankle injury, linebacker Quincy Williams will return to practice today. Saleh said that he will remain limited, though. If Williams does play, it is exciting for the 10th-ranked Jets defense through five games to only have more available to them this week.

Williams has 18 total tackles in 2022, with at least five in every game. He has a sack, a quarterback hit, and a tackle for loss as well. If he can go, Williams adds blazing speed to the second level of the defense alongside veterans C.J. Mosley and Kwon Alexander.

On the other hand, rookie defensive end Jermaine Johnson will not practice Wednesday. Johnson suffered an ankle injury that caused him to leave Sunday’s game. Similar to what was stated by Saleh when he met with the media on Monday, Johnson remains just day-to-day.

Saleh made known that Brown’s shoulder injury will be a year-long thing. He will be limited today.

Lawson and Mosley will each be limited in today’s work on the field. Both players will, however, be fine for Sunday’s game.