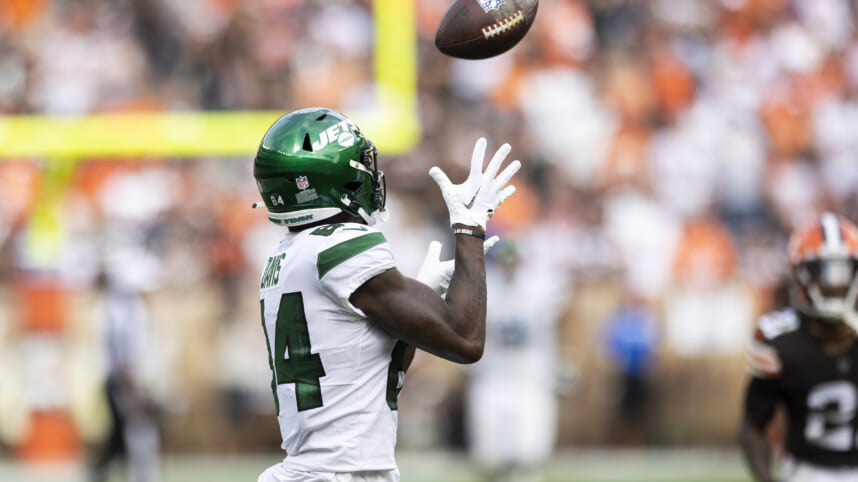 New York Jets head coach Robert Saleh met with the media prior to practice today, the first in preparation for Week 9.

Some recent injuries have hampered the Jets as of late, and Saleh shared some updates on multiple key players.

Saleh stated that Corey Davis will not practice today. He remains “day-to-day,” and his status for this Sunday, per Saleh is “on the fence.”

When asked if the bye being next week impacts whether or not Davis goes this Sunday, Saleh said, “Not necessarily, if Corey can go, he’s gonna want to go.”

“He will be active. Rookies, when they come in the league, there’s a lot of stuff going on for these young men. Some, when you get them in a groove that can be pretty good. For Jermaine, we’ve had a very deep defensive line and if it’s not 100% crisp and this is for all of them, they all deserve to play, then, we’re gonna roll with the guys who can. So, he came back, obviously, not 100% with his injury but we just want him to have a clean, confident week of practice so he can go out and execute the way he was before he got hurt.”

It makes sense why the Jets ended up having to move on from Jacob Martin yesterday. The defensive line, particularly at the edge position, is loaded with ridiculous depth, limiting reps for someone like Johnson. It will be great to see the exciting rookie for the first time since Week 5.

Four players limited, Saleh not worried about their game status, though:

Saleh mentioned four limited participants for today Duane Brown (shoulder), Nate Herbig, CJ Uzomah, and Lamarcus Joyner. He stated, however that he is “not worried” about the availability of any of them for this week’s big divisional game.

Lastly, no update was given on the two offensive tackles eligible to return from injured reserve, George Fant and Max Mitchell. Hopefully, the Jets can get some good news on at least one of them by the end of the week.