New York Jets: Could any potential last-minute trades happen before the deadline? 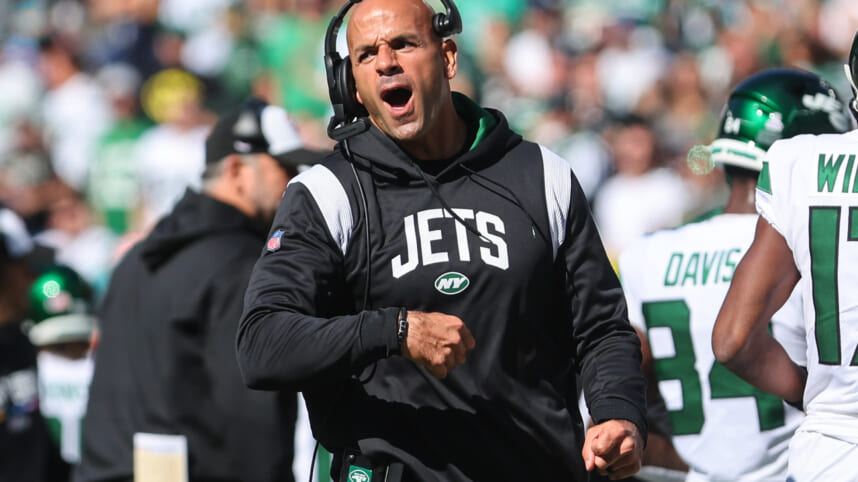 For the first time in a long time, the New York Jets are competitive and in the middle of the playoff hunt at the trade deadline. Therefore, the approach leading up to this deadline is much different compared to essentially every other year in recent memory.

Ironically though, while there has been some buzz on the Jets’ rumored interest as buyers with a few particular players, they do have some players that could be moved as well. Below, we’ll take a look at the possibilities on all fronts for the Jets by this afternoon’s trade deadline.

Could the New York Jets be buyers?

The Jets made one recent move for James Robinson following Breece Hall’s unfortunate injury. Could one other addition be made, and if so, at what position?

Obviously, the Jets have been decimated at offensive tackle like no other position since the start of training camp. With Mekhi Becton and Alijah Vera-Tucker sustaining season-ending injuries, as well as George Fant’s unknown status, the only sure thing to come at right tackle is Max Mitchell, who is still currently on injured reserve.

The big names of probable sellers have been floated around, whether it be Laremy Tunsil, Jack Conklin, or Taylor Moton. However, due to big cap hits and trade packages that will likely cost a lot, it seems unlikely the Jets will make anything happen. Conklin also has an expiring contract.

One lesser-known player who could be a fit in a depth role to keep an eye on is Andre Dillard. He is the Eagles’ third offensive tackle at the moment and a free agent after the year.

Ultimately, the offensive tackle options are not great, and the Jets will have to hope for returns from one of, if not both, Fant and Mitchell soon.

Yesterday, there was some buzz on the Jets potentially having an interest in edge defender, Bradley Chubb. He was traded to the Miami Dolphins within the AFC East.

While there has been no buzz about making a move for a defensive tackle, the Jets could use some depth. Will all of the rotating they deploy there, it is the one position they could look to add at defensively.

Current Jets who could potentially be moved:

Aside from Elijah Moore, there has been little to no buzz on players the Jets may look to part ways with.

Some have speculated, since his demotion to being the third quarterback and being inactive for Sunday’s game, that Joe Flacco could be traded. In the end, however, it seems improbable.

Getting back to Moore, the Jets have repeatedly made known they will not move him. While he made some less-than-ideal comments following the loss Sunday, Moore still seems slated to remain a Jet.

Speedy defensive end Jacob Martin has a somewhat lofty cap hit through 2024. At a deep position group, as noted above, with not nearly enough impact plays made this year, Martin has been a name brought up. Considering his salary, it would be a surprise if was moved.

The final two players who have been brought up as trade chips are 2020 draft picks Denzel Mims and Bryce Hall.

With Moore’s recent drama and Corey Davis’ unfortunate injury, Mims has seen a significant rise in playing time and has done well for himself. He contributed in the Week 7 win on the only touchdown the Jets scored with a key block. Last week, he caught two passes for 76 yards, one going for 63. Mims has helped himself, and the Jets do need him with the moving parts they currently have at receiver. He will not be moved.

Hall, on the other hand, could potentially be had by a team needing a corner. Hall proved in 2021 that he can be a serviceable starter. With the additions of Sauce Gardner and DJ Reed, Hall has been on the inactive list essentially every week. Hall is 6-foot-1 with over 32″ arms and turns just 25 in a few days. He is under contract next year as well, which could make him intriguing for a team.

In the end, though, it would be a shock to see anything happen with the Jets today.