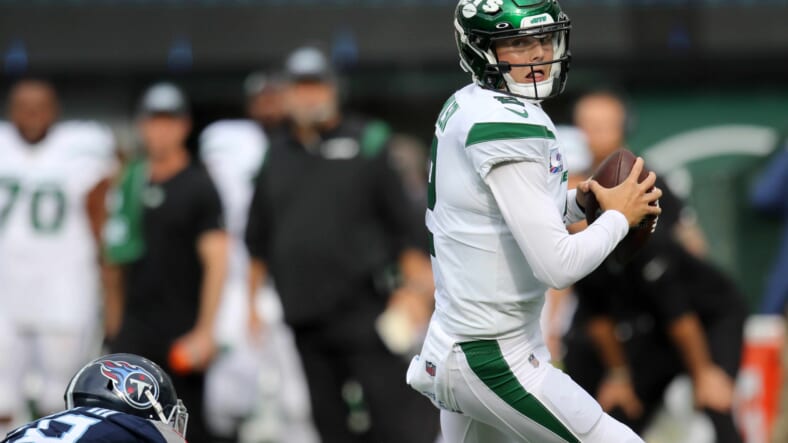 The New York Jets officially made the move. Per multiple reports, the team has officially opted to bench second-year quarterback, Zach Wilson.

Following a historically bad performance Sunday, one in which the second-year quarterback posted 77 yards passing, leading the offense to a grand total of two yards in the entire second half, the Jets have rightfully so benched their young signal-caller and former second-overall pick.

Wilson obviously made some awful post-game press conference comments stating that he did not feel bad for the defense, which one would have to believe probably played a part in this benching.

That still does not take away from the fact that, for the most part, in 2022, Wilson has not been very good. The Jets have too talented of a football team, whether it be the stifling defense or great skill position players, and the operation led by Wilson has been way too consistently poor.

What is encouraging is that Robert Saleh has the audacity to make this move. To pull your former second-overall draft pick after just 20 NFL starts is a bold yet necessary move. Unfortunately for Wilson, this team has accelerated its growth at such a rapid pace that this decision was simply too easy to make.

Saleh is supposed to meet with the media shortly, and we will get an answer on who the replacement will be. Whether it is Mike White or Joe Flacco remains to be seen. Neither can really be any worse than the way Wilson was playing.

The point stands that the Jets had to make this move. It is promising from the leadership of the Jets organization to see that they are not just going to accommodate to their former top draft pick with his poor play. Saleh could very well turn the tide and win over the Jets’ locker room with a move like this.