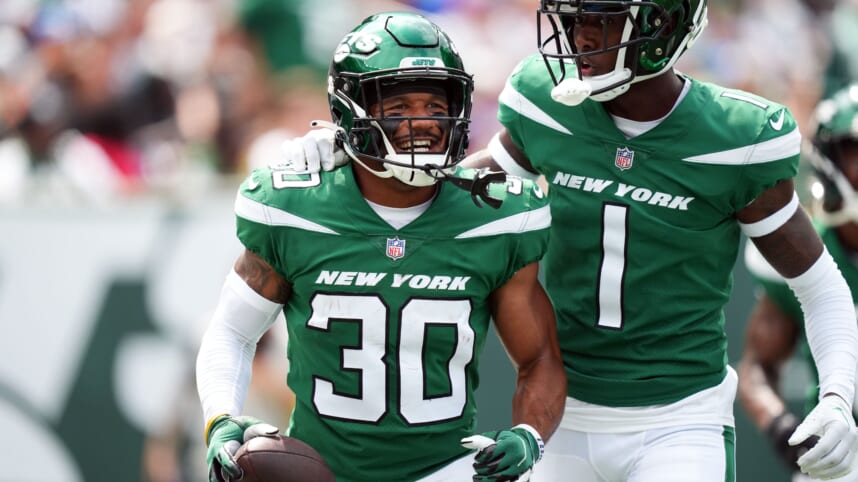 The start of the 2022 season for the New York Jets is a tough one, to say the least. That being said, it is a good challenge, and we will get to see the youth of this football team potentially rise up in a hard matchup.

The first key for the Jets will be playing to what their identity is offensively, running the football. Winning the time of possession battle will come from getting the exciting one-two punch of Breece Hall and Michael Carter going.

If there is a weakness on the Baltimore Ravens defense for the Jets to look to exploit, it is up the middle at linebacker. To boot, the Jets have a stout interior up front with Laken Tomlinson, Alijah Vera-Tucker, and Connor McGovern.

The Ravens have some talented pass rushers and corners, therefore, getting a sound ground game established will help open things up in the passing game off of play action.

Keeping contain on Lamar Jackson is an obvious key if the Jets want to keep this one close late. Jackson is a dynamic runner with great speed and quickness.

The Jets’ defensive front is an attacking, one-gap style up the field. They cannot allow it to work against them with Jackson’s mobility. Each defensive linemen must be sound with their gap integrity to keep Jackson in the pocket and limit his ability to run. If not, he will exploit them on the ground and make it hard to defend the Ravens’ offense.

Stopping Mark Andrews is hard to do. The Jets’ defense has some unknowns in terms of who can primarily cover tight ends between their linebackers and safeties.

Ultimately, it will be a collective effort for the Jets to limit Andrews. He is big, fast, versatile, and can win vertically. Knowing the Ravens have a drop-off in terms of receiving options after Andrews should make the Jets commit fully to slowing Andrews down.

Jets’ pass rush has to get home:

Similar to what was mentioned above with the Jets’ identity offensively, the Jets have constructed their defense to apply pressure on the quarterback.

The Jets will have a consistent rotation that has some more than capable depth. On third downs, the Jets need effective pressures generated from Quinnen Williams, Carl Lawson, John Franklin-Myers, and Jermaine Johnson. Also, key backups in Jacob Martin, Bryce Huff, and Micheal Clemons will have to help with some timely rushes.

The Jets are going up against a winning team and respected organization. They cannot commit mental mistakes and hurt themselves.

As in most NFL games, team stats have an impact. The time of possession was mentioned above. From there, third down efficiency on both sides of the football, the turnover battle, penalties, and red zone efficiency offensively and defensively will make a difference in the final outcome.

If the Jets can do a considerable job with all five of these keys, they will give themselves the best chance to start 1-0.