Did the New York Jets get a steal in Baylor wideout Denzel Mims? 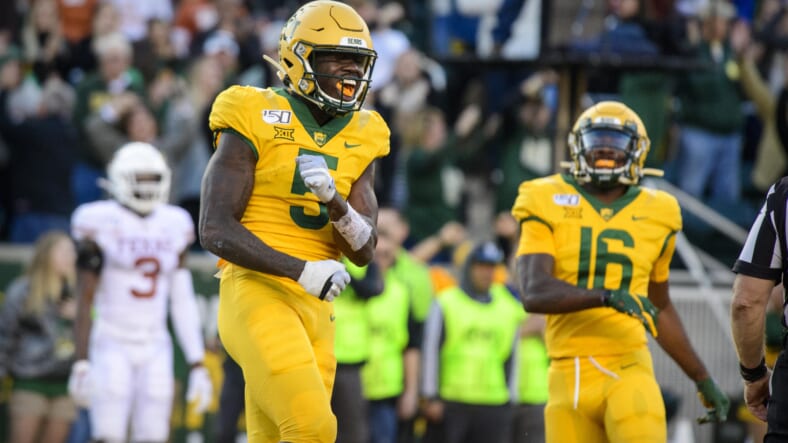 Taking a look at New York Jets WR Denzel Mims who was selected in the second round of the 2020 NFL Draft:

The Jets made the right decision in selecting Mekhi Becton with the 11th overall pick in the 2020 NFL draft. Gang Green immediately found themselves a starting left tackle for Sam Darnold, who has been sacked over 60 times the past two seasons in just 26 games.

However, the third-year passer lost receiver Robby Anderson in free agency to the Seattle Seahawks, leaving a void on offense. While general manager Joe Douglas did allocate some cap space toward the wide receiver position in Breshad Perriman, he did not hesitate to take another receiver in the NFL draft. He selected Denzel Mims out of Baylor with their second-round pick.

Mims is a quality pass catcher who has the potential to develop very quickly and become a top target for Darnold in 2020. His size/speed pairing makes him one of the best receivers in the draft class, and he stood out during the Senior Bowl. Falling to the bottom of the second round allowed the Jets to snag him — he was the 13th receiver to come off the board, but the 48th pick was the lowest he would fall.

At 6-foot-3, Mims has solid height, making him an excellent red-zone target, and is blazing fast with a 4.38 40-yard dash. His 6.66 second three-cone time was the best in the wide receiver class, but drops have been a significant concern for the Baylor product in the past. However, the hope is that Darnold will receive a true ace at the wideout position.

Should we be concerned about his dropped passes?

Recording an 11.4% drop rate in his career, he cut that percentage down to 4.3 in his senior season. That number was lower than CeeDee Lamb and Jerry Jeudy, two of the best pass-catchers this year.

Over four seasons with Baylor, Mims logged 186 receptions, 2,925 yards, and 28 touchdowns. With those numbers, he can surely translate to the professional level and offer the Jets a premium target for Darnold moving forward.