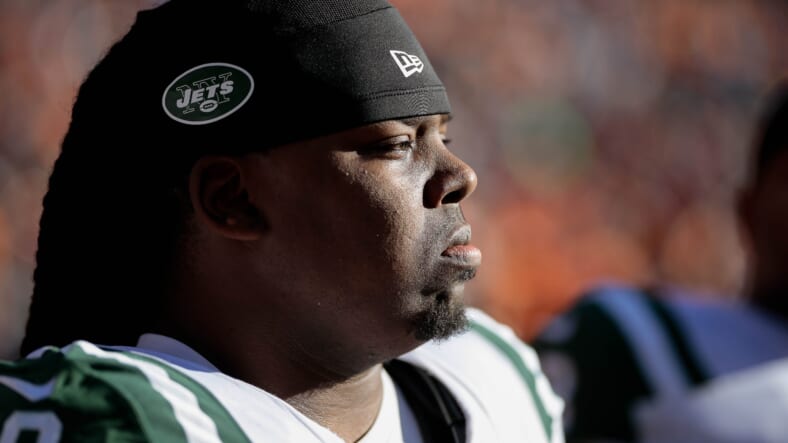 Steve McLendon has been a quality veteran piece for the New York Jets since 2016. Coming over from Pittsburgh, he had decently high expectations. Ranked by PFF as one of the most efficient nose tackles in the game, the Jets were looking to gain a reliable piece upfront.

Since then, McClendon has provided that and then some on the field, McClendon has been a formidable piece for the squad. With his last season totaling up 36 tackles, seven QB hits, 10 TFLâ€™s, 2.5 sacks, and a fumble recovery. Not only that, but McClendon has not missed a game since 2017. McClendon is also a vocal leader and someone, the coaching staff, has been immensely complimentary of.

Per Jim Stroud, McLendon has been traded to the Tampa Bay Buccaneers, where he reunites with former Jets had Coach Todd Bowles. In his last season with Bowles, McClendon had 3.5 sacks, 7TFLâ€™s, a forced fumble, and 28 tackles. McClendon adds a veteran presents upfront to an already stout buccaneer defense.

As for the Jets, this is a sign of full-on rebuild mode. After releasing an offense of leader and playmaker and Leâ€™Veon Bell earlier this week, they now followed it up by trading away a defensive captain in an eye-opening move. With the deadline just a few days away, youâ€™d have to wonder if this is a signal of more to come. With the bulk of the Jets’ top players on short term deals and the team now sitting at 0-6, it would make more sense than not to begin the deconstruction now.

In terms of compensation, the Jets will send a 2023 7th Round selection along with him in order to gain a 2022 6th rounder. At 34 years old, yes, he does provide value, but he was likely not going to fetch anything more than a late rounder. Still, the Jets were able to shed cap, provide young guys opportunities to step up, and earn a role in the future, while also giving McClendon a much-deserved opportunity on a contender.