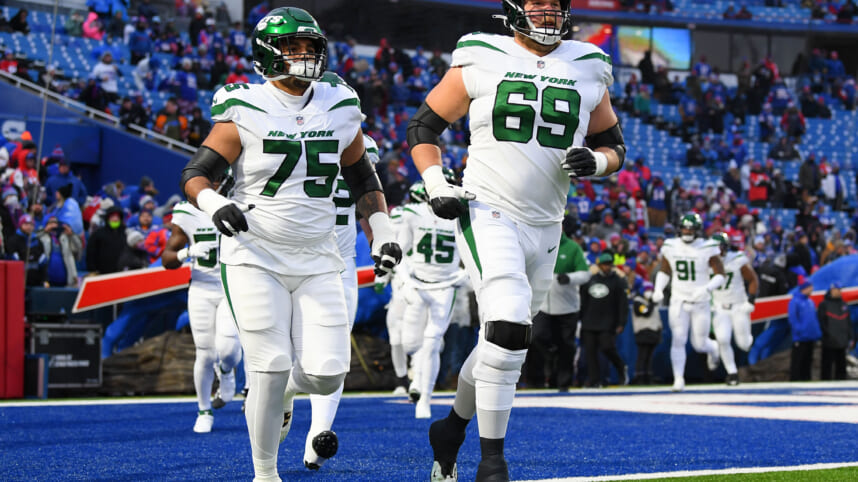 When the New York Jets made the move up for Alijah Vera-Tucker in the 2021 NFL draft, there was much to be excited about. He was a talented player both physically and athletically who had played at a high level in college at USC. Another key appeal with the young offensive line prospect was his versatility.

During his tenure at USC, Vera-Tucker played at left guard in 2019 and then in 2020 left tackle. He came in as a rookie with the Jets and went back to left guard. The team needed a guard this off-season alongside him. They ended up with Laken Tomlinson, a 30-year-old who had been a left guard for seven years in the NFL. As a result, it was the fourth year in a row Vera-Tucker needed to change positions.

He started the 2022 season at right guard for the Jets and was playing well. The rest of the offensive line has happened to see anything but stability, leading to an impact on Vera-Tucker with his versatility.

Prior to Week 4, the Jets had lost their top three left tackles. Mekhi Becton went down for the year in training camp. August signing Duane Brown got hurt right before the regular season. George Fant had been playing through a foot injury and finally needed to go to IR.

Joe Douglas did a good job this offseason suring up the interior of the offensive line. With Nate Herbig added and Dan Feeney re-signed, the Jets set themselves up well to potentially utilize Vera-Tucker’s positional flexibility if needed.

In a post-game interview, Vera-Tucker made known that the team came to him on Tuesday, expressing their desire but leaving the decision up to him if he wanted to adjust for this game. Vera-Tucker stated that he let them know he was going to do it. He credited his teammates for helping him get up to speed at a different position.

Vera-Tucker said it was a challenge but that he ultimately felt good and was just happy to get a win. He also highlighted the mental toughness of the offensive line as a whole, having to continue to overcome obstacles with injuries.

On the day, Vera-Tucker allowed just three hurries with no quarterback hits or sacks allowed, a terrific outing.

All in all, Vera-Tucker cannot be applauded enough for his willingness to use his versatility for the team in a must-win game. Robert Saleh just stated to the media that he thought Vera-Tucker “was fantastic” at left tackle and had been preparing to play the position in a pinch for quite some time. Not only is Vera-Tucker playing at an exceptional level for the Jets, but he is willing to do whatever it takes for his team to win, an encouraging thing to see from a core young player for the future of this football team.