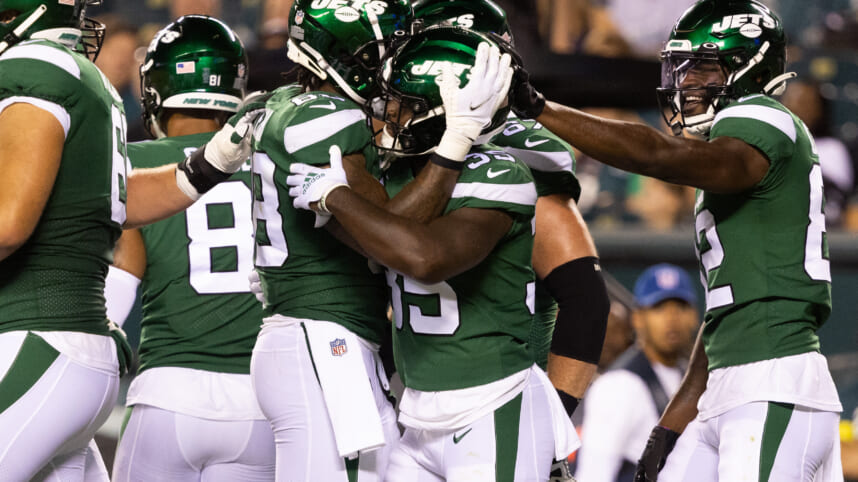 Entering the second of three preseason games with final cuts a week from tomorrow, the New York Jets have many key position groups with battles worth watching tonight.

The depth at these positions will ultimately round out the bottom of the roster. In particular, five positions throughout the Jets roster consist of quality backup options that will battle it out in tonight’s game.

No position group is better to start at. Most Jets fans expect at least 10 and likely an 11th player from this group to be on the final 53. Starting on the inside at tackle, three players worth following in this one are Tanzel Smart, Nathan Shepherd, and Jonathan Marshall. Then outside at edge, Jabari Zuniga and Vinny Curry are the two notables vying to be on this team.

The Jets’ top three running backs in, Breece Hall, Michael Carter, and Tevin Coleman, are essentially set. If the Jets opt to retain a fourth running back on the final 53-man roster, many players could take that role. Between rookie undrafted free agent Zonovan Knight, speedster Ty Johnson, and recent fourth-round pick La’Mical Perine, the competition should be fascinating.

The Jets’ top five wide receivers in Elijah Moore, Garrett Wilson, Corey Davis, Braxton Berrios, and Jeff Smith, are locks. From there, if the Jets decide to keep a sixth receiver, that player for this group is unknown. The Jets have Denzel Mims, Calvin Jackson, Irvin Charles, and Tarik Black competing. All of these players will have more than enough playing time to contribute and show why they belong.

Similar to the two skill positions listed above, the top of the Jets tight end group is virtually set in stone. Tyler Conklin, CJ Uzomah, and Jeremy Ruckert are an exciting trio. Following them, Trevon Wesco, Lawrence Cager, and Kenny Yeboah make for an intriguing bunch. Wesco provides value with his experience, size, and blocking. Cager and Yeboah have the athletic traits. Cager, especially, proved himself well in the first game as a receiver and boosted his stock. He is worth paying close attention to tonight.

How the Jets cornerback group rounds out is somewhat unknown. After Sauce Gardner, DJ Reed, Michael Carter II, Bryce Hall, and Brandin Echols, the Jets have many players vying for final roster spots. Four players are competing for one and possibly a second spot if the Jets opt to go with seven corners having strong depth in place. Those players battling are Javelin Guidry, Justin Hardee, Isaiah Dunn, and Rachad Wildgoose. Special teams value can make the difference. It will be interesting to see who, if any, of these players separate themselves from the rest.