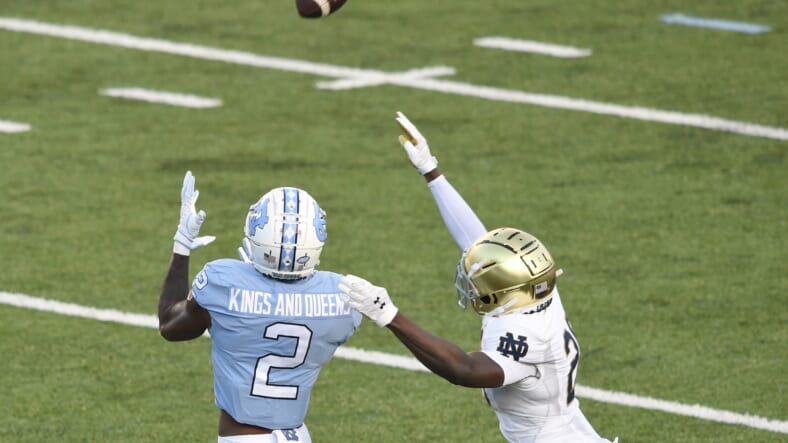 The NFL Draft is less than two weeks away from finally taking place. The New York Giants are looking ahead to an exciting draft after a successful free agency period. The Giants retained their best free agent, Leonard Williams, while also adding two new offensive weapons and a stud cornerback.

The Giants plugged almost all of their holes in free agency and upgraded their roster thoroughly. But there are a few areas where the Giants could still improve. One of those areas for New York to improve is depth. The Giants should be able to improve their depth drastically with a loaded 2021 NFL Draft class.

The Giants made a huge upgrade at wide receiver in free agency by signing the market’s top playmaker, Kenny Golladay, as their new alpha dog receiver. They also made another splash when they signed Adoree’ Jackson to be their second starter at outside cornerback. Still, the Giants should target wide receivers and cornerbacks in the 2021 NFL Draft. Depth is important but this year’s draft class is also loaded with talent at those positions.

The 2021 NFL Draft is loaded with wide receiver and cornerback talent. According to Field Yates and ESPN, there are more wide receivers (17) and cornerbacks (16) ranked inside NFL scouts’ top 100 big boards than any other positions.

If your team needs a WR or CB, the 2021 NFL Draft is a good time to be looking for one. pic.twitter.com/7m08lzonlS

Wide receiver and cornerback are two positions where depth is an absolute necessity in the NFL. Injuries at those positions are abundant, as Giants fans should be fully aware. But there is also a competitive advantage to be gained by stockpiling wide receivers and cornerbacks.

The Giants would be wise to gain depth at cornerback and wide receiver. But they would also benefit from having their top corner or receiver become their second-best corner or receiver to face off against lesser competition and win matchups regularly.

When considering how much talent is stockpiled at the wide receiver and cornerback positions in the 2021 NFL Draft class, it is evident that the Giants need to target those positions in this year’s draft.