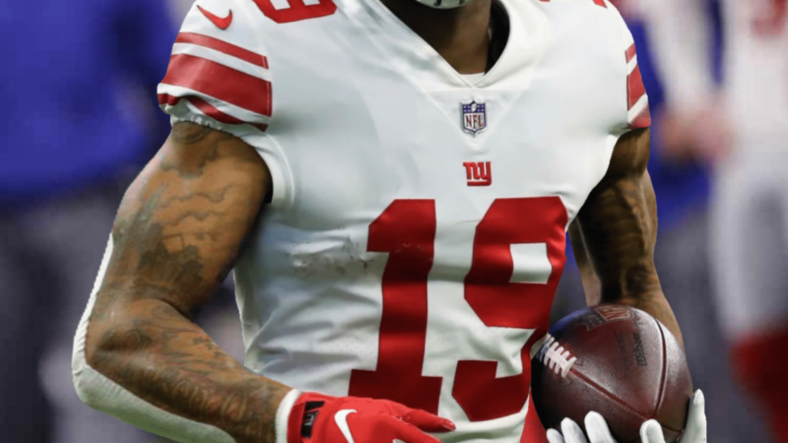 Some might say that the New York Giants overpaid the top receiver on the free-agent market this off-season Kenny Golladay. However, if you watched the Giants in 2020 and saw the qualities of their offense, you would understand that they didnâ€™t have much of a choice. The 27-year-old brings a Pro Bowl-caliber season in 2019 to New York, one where he posted 1190 yards and 11 scores, leading the NFL.

The Giants ultimately signed the best player at the position to a four-year, $72 million deal. In 2021, Golladay will count just $4.65 million against the cap, but the deal is actually a three-year contract with very minimal dead money in the 2024 season. They have an OUT after 2023 when he turns 30 years old, where they can move on and save a good chunk of money. At the same time, Kenny benefits from this, as the cap is expected to skyrocket after the 2023 season as a result of the massive TV deal that just passed.

Signing Golladay wasnâ€™t so much about the offense as it was about a specific player. Quarterback Daniel Jones. Letâ€™s refer to the New York Jets for how not to help your quarterback. When the Jets drafted Sam Darnold in 2018, they expected him to be their franchise passer for many years to come.

However, they failed to do one major thing, provide him with the necessary weapons and solid protection. While the Giants are still working on Jones’ protection, they are not letting his rookie deal expire without giving him proper tools to work with. Signing Golladay was about helping Jones reach his maximum potential, as the offense averaged just 17.5 points last year and had one of the worst passing attacks in the NFL.

The New York Giants got the perfect weapon for DJ:

Considering Kenny posted double-digit touchdowns in 2019, heâ€™s considered one of the best red-zone receivers in the league. At 6’4″, the former third-round pick has all the necessary tools to be a WR1 for the entirely of Jones’ rookie deal. With Jones going into his third season, he will now have Golliday until the end of 2023, given the Giants pick up his fifth-year option.

This is a perfect contract that is quite clearly built around Jones and his development. This allows the Giants to move on from both players if necessary, but I believe the team has the right coaches in place to maximize their potential.