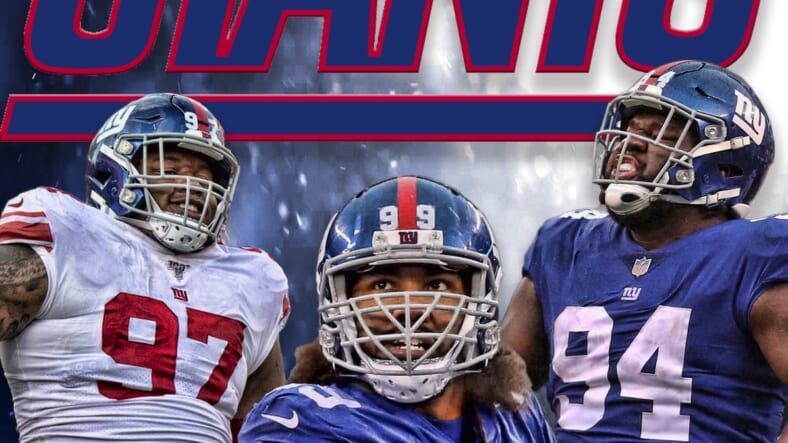 The New York Giants‘ defense is loaded with young talent. New York has invested a lot of draft capital over the past two years to improve its defense. They have found talent in the secondary and linebacker corps, but they have found more talent on the defensive line than anywhere else. The Giants have quickly turned their defensive line into the team’s strongest unit, thanks to some hefty investments that have loaded their roster with young, talented players.

Dalvin Tomlinson had a breakout season in 2019. He racked up a career-high 3.5 sacks to go along with 49 combined tackles, 7 tackles for loss, 1 forced fumble, and 13 pressures. Dalvin is primarily a run-stuffer but he showed great improvement as a pass-rusher last season.

Dexter Lawrence showed tons of promise as a rookie in 2019. The hog molly out of Clemson totaled 38 combined tackles and 2.5 sacks, and 15 pressures as a rookie. He was even the highest-graded rookie at his position according to Pro Football Focus.

Behind these top-three talents, the Giants have tons of depth on their defensive line. BJ Hill was a solid starter as a rookie in 2018, prior to Leonard Williams’s arrival. RJ McIntosh showed flashes and Chris Slayton was recently elevated off the practice squad. New York has no shortage of defensive line talent heading into the 2020 season.