What Will This Offseason Look Like For New York Giants’ Landon Collins? 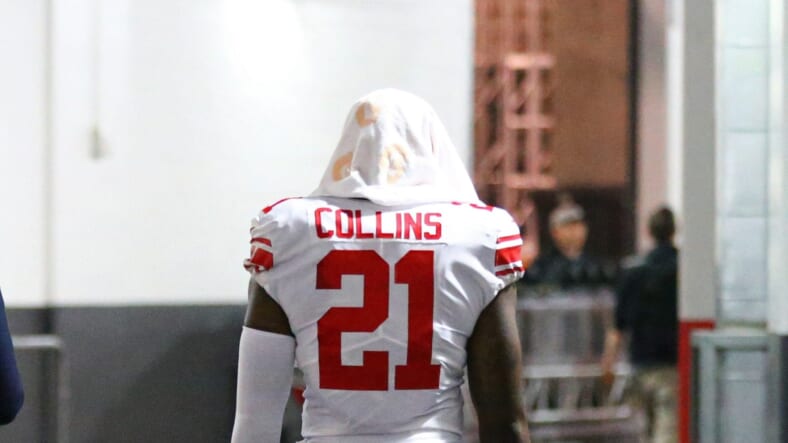 New York Giants all-pro safety Landon Collins is coming off of his second season in a row ended on injured reserve. This offseason, he will be a free agent with a lot of interest. Collins has stated again and again that he wants to stay in New York, but the Giants have not been as committed to their future with Collins.

Back in October with the trade deadline approaching, the Giants were actively shopping Landon Collins. He had been having a down year and the team had just traded away Damon Harrison Sr. and Eli Apple. The Giants were trying to start a fire sale and got offers for Collins, but no deal was made. One team that reportedly made an offer was the Tampa Bay Buccaneers. It would have been interesting to see what the Giants could have gotten for Collins, but now fans need to look ahead to what the Giants could potentially give up for the talented young safety.

Collins is expected to have a high price tag this offseason and a lot of interest as he is a tremendous talent with plenty of good years left ahead of him at only 24 years old. It is rare for a safety of this talent to reach the open market, but with a questionable injury history, that could be the case for Collins. According to Spotrac, Landon Collins has a calculated market value of $9.3 million average annually. A likely contract value for Collins is a 5 year deal estimated at around $46,831,250. This would make him the eight highest-paid safety in the NFL, annually. This would be a good deal and it is probably as low as it is due to his most recent injury. The Giants are projected to have about $31 million in salary cap space in 2019, so they would be able to afford Collins for this price. The Giants will want to begin negotiating with Collins soon or risk letting him hit the open market. If the two parties do not reach a deal by the time free agency is here, the Giants could place the franchise tag on Collins. The franchise tag would likely pay Collins around $12 million fully guaranteed for the 2019 season, and they could negotiate a long-term deal while he is tagged.

Landon Collins has been a great player and leader for the Giants since coming into the league four years ago. There has not been a lot of talent surrounding him the last two seasons, but GM Dave Gettleman is looking to change that as soon as possible. Landon Collins was a first-team all-pro in 2016 and he certainly has potential to return to his all-pro status soon. Expect to hear a lot of contract buzz surrounding Collins in the coming months.