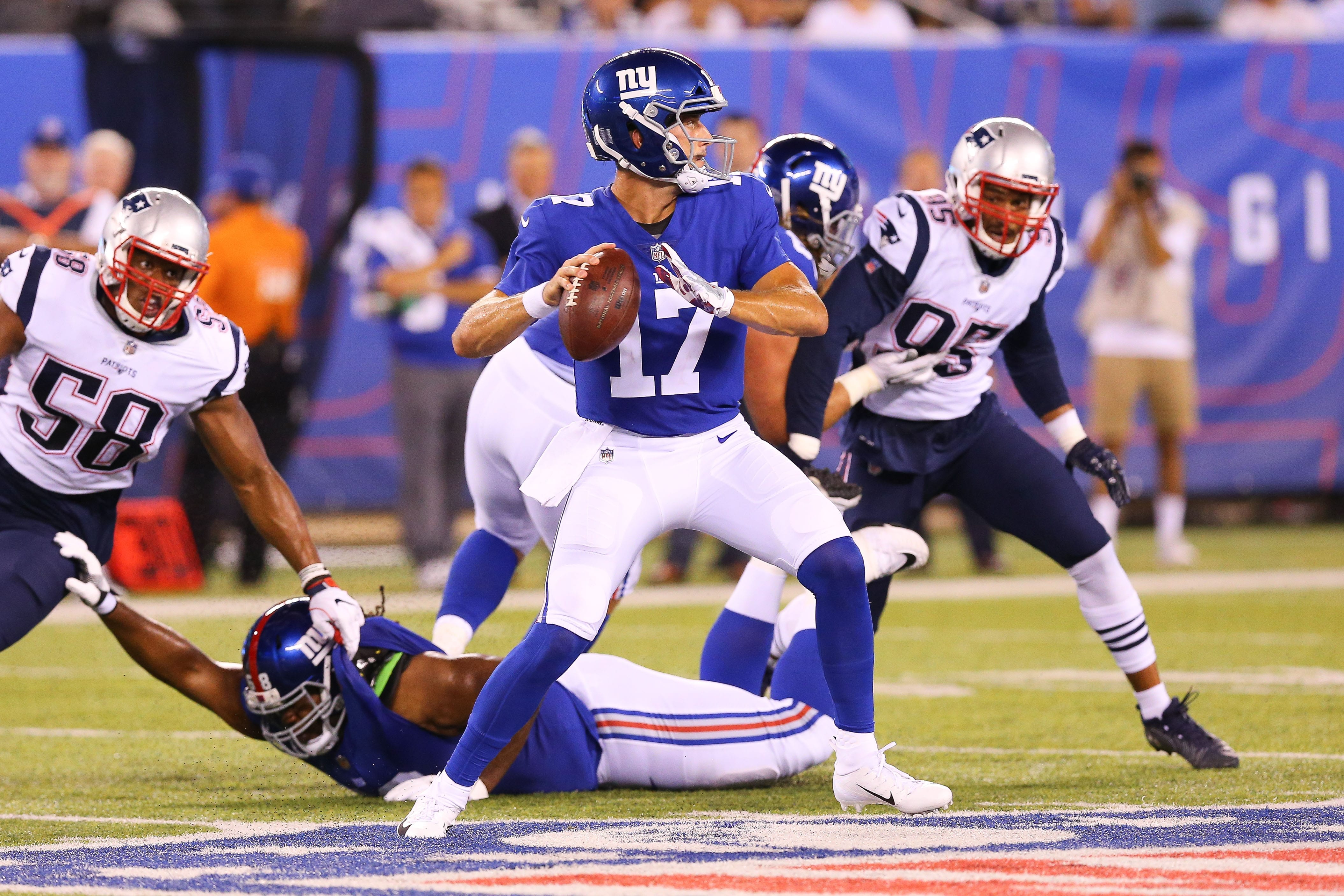 It’s possible New York Giants quarterback Eli Manning might have played his final minutes of meaningful football last Sunday in the loss to the Washington Redskins. If it turns out to be that Manning is benched after the BYE week, rookie passer Kyle Lauletta will likely receive the first crack at being the two-time Super Bowl winning quarterback’s heir.

The helm of the Giants’ offense has been filled for 15 years, and what a spell it has been – fourth quarterback comebacks, miracles, jaw dropping moments, but also negative plays and failures. Those moments will live on forever, but nothing is permanent, and the torch is being prepped to be handed off.

Manning realizes that his career is coming to an end, as losing games and taking physical beatings isn’t sustainable for a 37 year-old man. Especially one with a terrible offensive line.

My question is: What will be so different about Kyle Lauletta?

The former division II quarterback will likely make his NFL debut in a few weeks, and for a fan base eager to for change, his skill-set might offer some salvation to what has been a demoralizing season. With weapons like Odell Beckham Jr., Saquon Barkley, Evan Engram, and Sterling Shepard, most would think the Giants would have one of the league’s most dynamic offenses. On paper, they do, but on the field, it’s a whole different ball game.

Lauletta’s ability to extend plays with his legs will offer a different approach to head coach Pat Shurmur’s system. Shurmur likes to play the intermediate game – what does this mean?

The offensive play caller’s scheme revolves around timing, and with an offensive line that cannot provide Manning with enough time to allow his receivers to get open, a majority of the play-book is consequently scratched. Manning has to utilize a sliver of what Shurmur’s playbook really is, but with Lauletta, more of it might see the light.

Being able to extend plays with your legs is a necessity when your men aren’t winning in the trenches, and Manning simply isn’t that type of player. It’s wrong for us to blame him for that reality, because to be quite frank, GM Dave Gettleman was tasked with resolving the issues on the line. His free agents expenditures resulted in two below average players, one that is currently not on the starting team (Patrick Omameh). The other, Nate Solder, is playing at a level that represents a shell of his former self with Tom Brady and the New England Patriots. The man has won a Super Bowl…let that sink in for a second.

Sometimes, it simply comes down to the deficiencies of the signal caller. Manning has obviously struggled with his mental processing and awareness this season . Lauletta might offer a fresh approach to the offense and open up the intermediate passing game. Anywhere from 10-20 yards is the rookie’s sweet spot, and you better believe Shurmur will take full advantage of that.