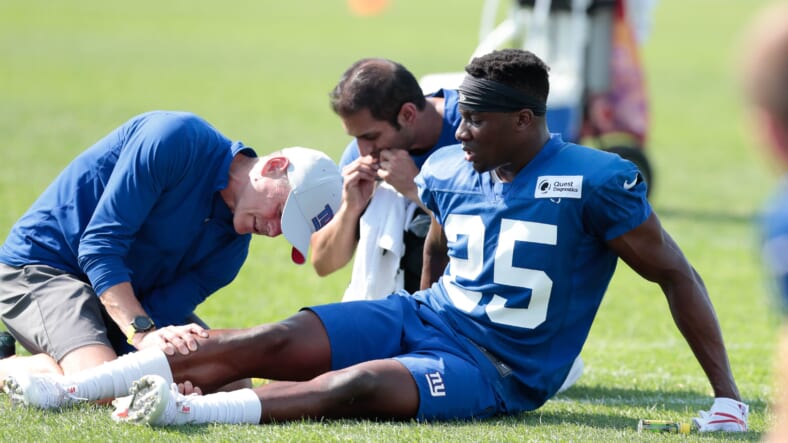 The New York Giants couldn’t find space for Corey Ballentine with Will Hernandez making his return from the COVID-19 list, but it didn’t take long for another team to make a spot for the cornerback. That team happens to be the crosstown neighbor of the Giants, the New York Jets.

The Jets have picked Ballentine up from waivers after the Giants moved on from him to make space for the comeback of Hernandez. This is Ballentine’s second season in the league, and the cornerback has had more playing time this year after only getting a couple of starts last season. However, he hasn’t been a consistent main player for the Giants as he’s only played in roughly 62% of the snaps during his appearances this season.

James Bradberry has locked down the number one cornerback spot as an elite player and the remaining spots have largely been taken up by other players. Isaac Yiadom and Darnay Holmes and others are ahead of Ballentine in the rotation, contributing to his exit from the team.

He also served as a special teams player but didn’t have exceptional numbers as a return man and has fallen out of favor in that role too.

Ballentine came into the league with some fame, as despite being a sixth round draft pick, he was injured in a shooting that also killed college teammate Dwane Simmons. He made it past the adversity to play for the Giants in the NFL, and after departing the franchise, will have another chance to make it while playing for the other occupant of MetLife Stadium.