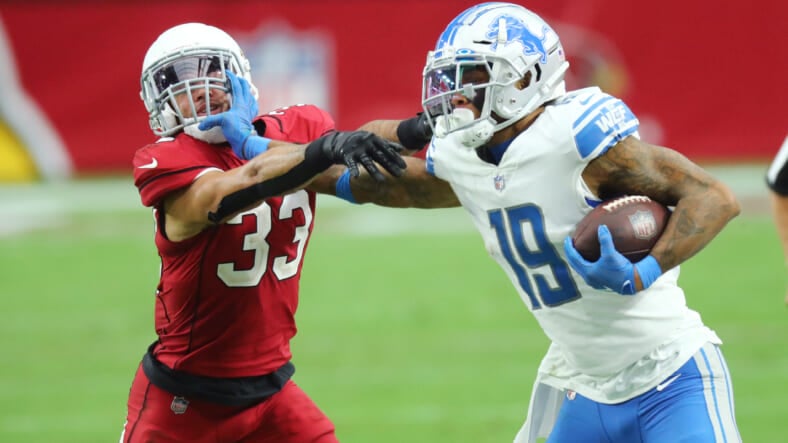 One way or another, the New York Giants need to address the wide receiver position this off-season. Whether it be through free agency or the 2021 NFL draft, quarterback Daniel Jones desperately needs weapons to utilize in the passing game. The Giants ranked near the bottom of the NFL in passing efficiency last season, despite Jones being one of the most accurate deep-ball passers in that league. However, when you donâ€™t have adequate downfield threats to work with, that statistic doesnâ€™t hold much weight.

Management has already guaranteed that the Giants will allocate resources toward the WR position, but it comes down to a matter of who. On Tuesday afternoon, reports indicated that WR Kenny Golladay of the Detroit Lions was not franchised tagged, so he will hit free agency, making him the first WR1 to hit the open market in quite some time.

It is very rare that a WR1 is available for the taking, but the Lions feel as though they want to go in a different direction with new management and a new quarterback. However, Chicago Bears stand-out receiver Allen Robinson was hit with a tag, making Kenny the most expensive and prized receiver on the market. Whatever team aggressively tries to sign him will end up overpaying, and he could earn upwards of $17 million per season.

Can the New York Giants open up that much cap space?

If that is the case, the Giants can find ways to manipulate their cap space, but they will have to offload contracts to 2022 when they have a bit more flexibility, and the cap is expected to rise after COVID-19. Nonetheless, they donâ€™t have much money to work with this off-season, and creating enough to fit Golladay under the maximum number could be problematic.

With that being said, the Giants could easily settle for a lesser option like Corey Davis of the Tennessee Titans. While Golladay spent most of his 2020 season injured, playing in just five games, Davis had his best season to date. Over 14 games, he posted 984 yards and five touchdowns with a 70.7% catch rate, which is extremely impressive. Davis isn’t a bonafide number one receiver, but heâ€™s capable of upgrading the Giants’ unit significantly.

Golladay, on the other hand, is one year moved from a 1,190 yard and 11 touchdown season, establishing himself as one of the best WRs in the NFL. In addition, he is the perfect scheme fit for Jason Garrett and his offense. Targeting man coverage assignments, Garrett loves to call plays focused on matchups against press-man downfield.

The Giants scarcely threw the ball 20+ yards downfield in 2020, but when they did, it was often against man-coverage. I believe JG will take a more aggressive route in 2021, especially if they acquire a big body receiver to target. Now, based on the demand Golladay will likely inflict on the market when free agency starts on March 17, I believe Davis might be the option of falls into the Giants’ lap.