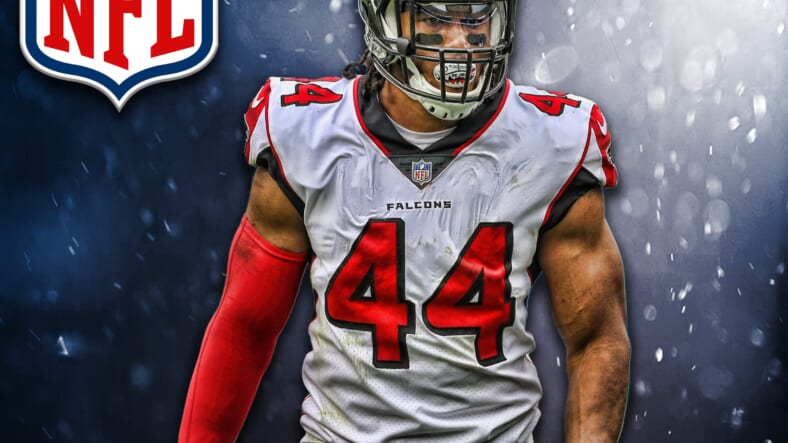 Currently, the New York Giants have $69 million in cap space. After they make their roster cuts, they should have upwards of $80 million. The Giants have 22 impending free agents but have not yet made decisions on any of them. Other teams, however, have made public decisions on some of their free agents.

For example,Â the Atlanta Falcons recently announcedÂ that they would be allowing edge rusher Vic Beasley Jr. to walk in free agency. The Giants, with a glaring need at edge rusher, could be a potential landing spot for Beasley.

Vic Beasley has an estimated market value of $7.3 million on average annually,Â according to Spotrac. Beasley’s inconsistent play over the past three seasons will make teams skeptical of signing him in 2020. He could end up on a one-year “prove-it” deal with a little more money. But if a team looks to sign Beasley long-term, his annual salary is not expected to be very high.

The Giants will take a look at all of the free-agent edge rushers in 2020. Yannick Ngakoue, Shaquil Barrett, and Jadeveon Clowney are the big-names to watch, but whatever team signs them will have to break the bank. The Giants might be wise to take a chance on someone like Vic Beasley Jr., who has much-untapped potential that could be acquired on an affordable deal.

Vic Beasley is a former first-round pick that was drafted eighth overall by the Atlanta Falcons in 2015. As a draft prospect in the 2015 offseason, Vic tore up the NFL Scouting Combine and was a top performer at his position in every single workout he participated in (NFL.com).

Beasley’s NFL Draft profile from 2015 states that he “projects as a 3-4 outside linebacker.” Unfortunately for him, he was drafted by a team that runs a 4-3 defense. The Falcons under Dan Quinn have been known to use a 4-3 under defense. Because of this, the Falcons were not playing Beasley to his strengths and were technically playing him out of position.

The Giants will be running a multiple defensive scheme under new defensive coordinator Patrick Graham, but the base of the defense, according to graham himself, is more of a 3-4. Vic Beasley would be able to do what he does best and play as a 3-4 outside linebacker with the Giants. But he could also use his experience in a 4-3 when the Giants switch up their defensive schemes.

Vic Beasley Jr.Â did find some success with the Falcons, but his inconsistency is the reason they are not interested in extending him. In 2016, Beasley recorded 15.5 sacks, which led the NFL. He then followed that up with only 18 sacks over the next three years. He had a flash in the pan in 2016 but has not been able to reach that level of success since then. But, maybe in a multiple or 3-4 defense, Vic Beasley could return to form and be the dominant pass-rusher he was expected to be coming out of college. At the very least, Vic Beasley Jr. would be an excellent addition as a secondary pass-rusher for the Giants on an affordable contract.

? Vic Beasley off the edge for the strip sack!!! ? pic.twitter.com/RAJEoMbO8e