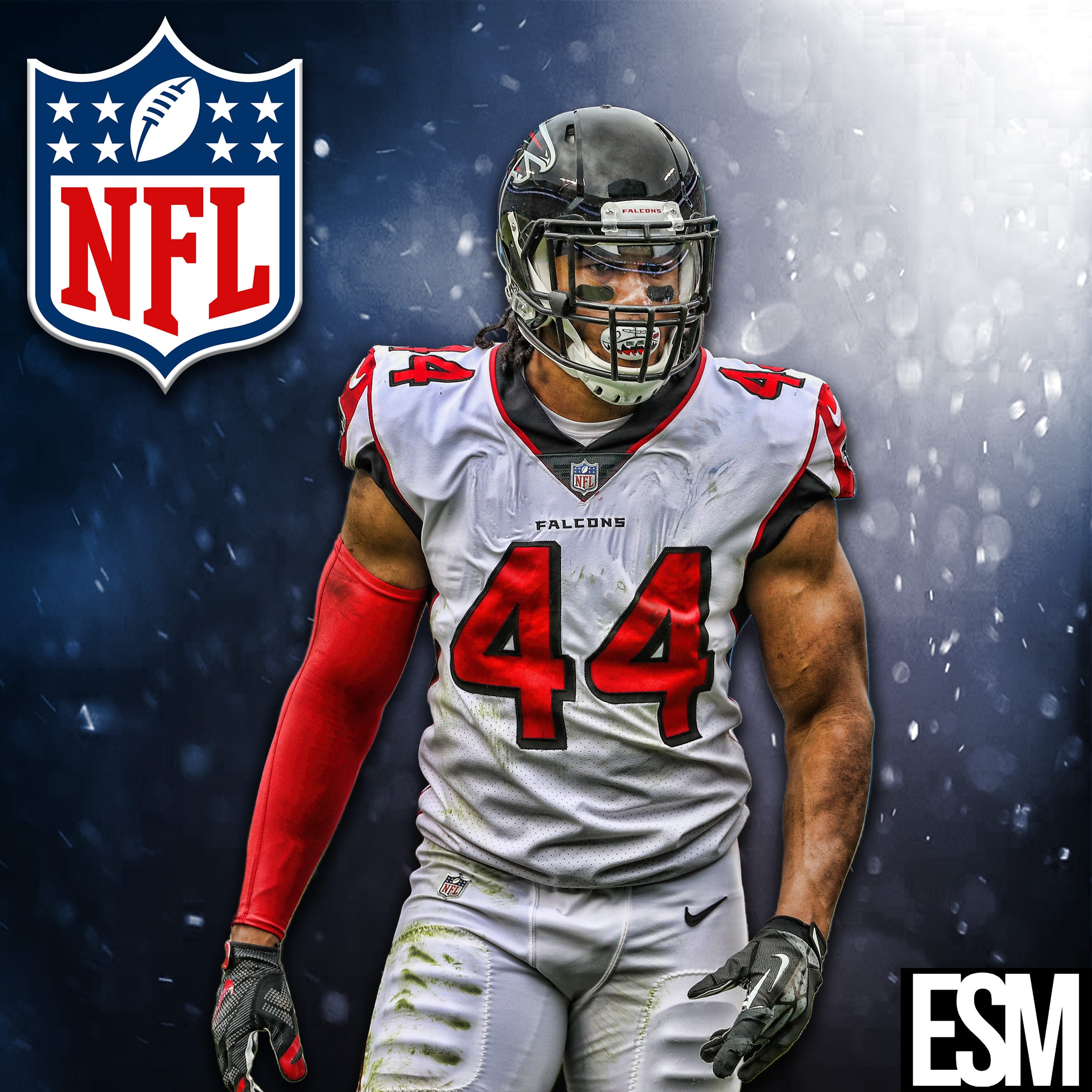 Currently, the New York Giants have $69 million in cap space. After they make their roster cuts, they should have upwards of $80 million. The Giants have 22 impending free agents but have not yet made decisions on any of them. Other teams, however, have made public decisions on some of their free agents.

For example,Â the Atlanta Falcons recently announcedÂ that they would be allowing edge rusher Vic Beasley Jr. to walk in free agency. The Giants, with a glaring need at edge rusher, could be a potential landing spot for Beasley.

Vic Beasley has an estimated market value of $7.3 million on average annually,Â according to Spotrac. Beasley’s inconsistent play over the past three seasons will make teams skeptical of signing him in 2020. He could end up on a one-year “prove-it” deal with a little more money. But if a team looks to sign Beasley long-term, his annual salary is not expected to be very high.

The Giants will take a look at all of the free-agent edge rushers in 2020. Yannick Ngakoue, Shaquil Barrett, and Jadeveon Clowney are the big-names to watch, but whatever team signs them will have to break the bank. The Giants might be wise to take a chance on someone like Vic Beasley Jr., who has much-untapped potential that could be acquired on an affordable deal.

Vic Beasley is a former first-round pick that was drafted eighth overall by the Atlanta Falcons in 2015. As a draft prospect in the 2015 offseason, Vic tore up the NFL Scouting Combine and was a top performer at his position in every single workout he participated in (NFL.com).

Beasley’s NFL Draft profile from 2015 states that he “projects as a 3-4 outside linebacker.” Unfortunately for him, he was drafted by a team that runs a 4-3 defense. The Falcons under Dan Quinn have been known to use a 4-3 under defense. Because of this, the Falcons were not playing Beasley to his strengths and were technically playing him out of position.

The Giants will be running a multiple defensive scheme under new defensive coordinator Patrick Graham, but the base of the defense, according to graham himself, is more of a 3-4. Vic Beasley would be able to do what he does best and play as a 3-4 outside linebacker with the Giants. But he could also use his experience in a 4-3 when the Giants switch up their defensive schemes.

Vic Beasley Jr.Â did find some success with the Falcons, but his inconsistency is the reason they are not interested in extending him. In 2016, Beasley recorded 15.5 sacks, which led the NFL. He then followed that up with only 18 sacks over the next three years. He had a flash in the pan in 2016 but has not been able to reach that level of success since then. But, maybe in a multiple or 3-4 defense, Vic Beasley could return to form and be the dominant pass-rusher he was expected to be coming out of college. At the very least, Vic Beasley Jr. would be an excellent addition as a secondary pass-rusher for the Giants on an affordable contract.

ðŸš¨ Vic Beasley off the edge for the strip sack!!! ðŸš¨ pic.twitter.com/RAJEoMbO8e 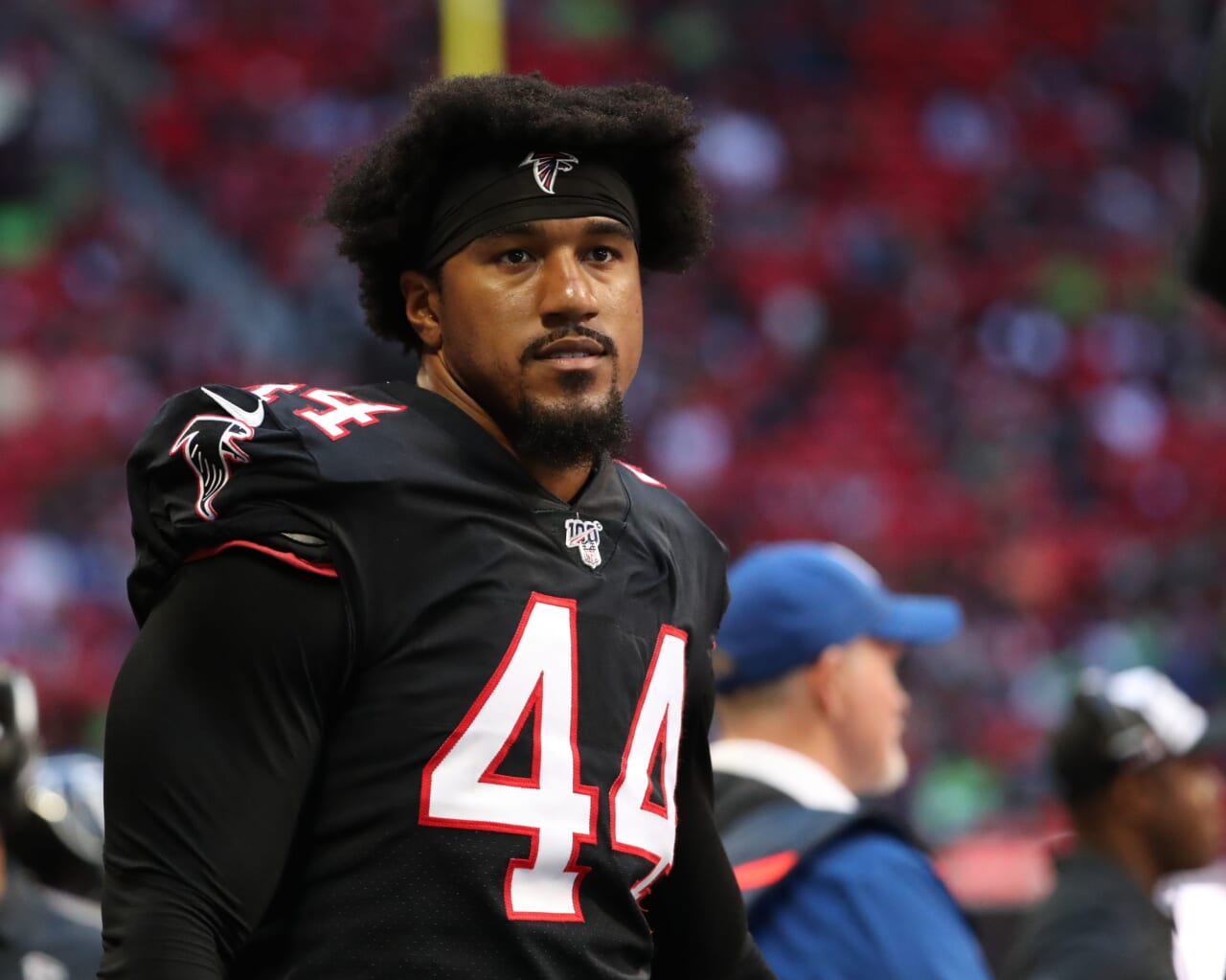 Pass rusher is one of the biggest needs the Jets need to conquer this offseason and it just so happens that a promising young pass rusher will hit the market in free agency. Vic Beasley is not expected to re-sign with the Atlanta Falcons and is set to hit free agency. The New York Jets should try to get Beasley but the question is how much do they value him?

Vic Beasley came was once thought of as an up and coming superstar after a terrific 15.5 sack sophomore season. Unfortunately, Beasley never came anywhere close to that production ever again and has been average the past 3 years. Beasley has the ability to play in either a 3-4 or a 4-3 scheme and he is supremely athletic. The 2019 season was Beasley’s best since his sophomore year, he racked up 8 sacks and notched 42 total tackles and 12 QB hits. Beasley is only 27 and is in his prime if the Jets think that he can make a comeback then this move is worth the risk.

Beasley is going to enter a crowded pass-rusher market which will initially drive his price down unless teams get desperate after all the top pass rushers are gone. A contract for Vic Beasley is very tough to gauge because his value is dependent on what players like him will earn in free agency. The perfect contract comparison for Beasley is Dante Fowler Jr who got a 1 year 12-million-dollar deal with the Rams last offseason. The Jets might find that too pricey for a player who has been inconsistent his entire career and may opt to go with a safer yet more expensive option like Yannick Ngakoue.

I believe the New York Jets will do their due diligence with Vic Beasley and offer him a 1 year prove-it deal for around 10-12 million dollars with 3 million guaranteed at signing. The Jets will consider Beasleyâ€™s inconsistency and injury history and potential when offering him a contract, but he will most likely be a fall back option in case Jadeveon Clowney and Yannick Ngakoue are gone.

With New York Giants GM Dave Gettleman ensuring the fan-base that the pass-rushing unit will be addressed this offseason, it’s time we begin to shuffle through the options available in free agency.

The more potent names remain Chase Young as a draft option if he falls to the 4th pick, which is unlikely, Yannick Ngakoue and Jadeveon Clowney, who will also be on the market.

However, one new addition to the lot is former Falcons pass-rusher, Vic Beasley, who was publically released of any contractual negotiations by Atlanta’s Twitter account last week. After making it known that the team wouldn’t extend him beyond the 2019 season, it opened up the doors for other clubs, including the Giants.

Does Vic Beasley make sense for the New York Giants?

Beasley posted decent numbers last season, earning 8.0 sacks, 42 combined tackles, 12 QB hits, and two forced fumbles. One thing to like about Beasly is his health history, as he’s only missed two games in his entire career, however, he has failed to start a good chunk due to poor play.

Spotract has the pass-rusher valued at $7.3 million, which would be a very nice contract if the Giants could land him for that number. The reality is, though, that he will likely earn at least $10-12 million in free agency, and even then, the Giants would be smart to consider him on the defensive front.

With Markus Golden also up for a contract extension after reaching double-digit sacks (10.0), retaining him and adding Beasley would give the Giants two quality pass-rushers to lean on while allocating more cap-space towards the offensive line and secondary. Factor in the draft capital they are preparing to spend, and the defense could see a nice upgrade this offseason.

It could be that Beasley needs a change of scenery moving forward after spending five-seasons in Atlanta. Coming to a team led by Joe Judge, who’s preparing to maximize every player on the roster, could help him reach his potential. It’s important to note that Beasley did log 15.5 sacks in 2016, a year in which he was an All-Pro and set a benchmark for his highs. If the Giants are confident they can reunite his previous form, kicking the tires on Beasley could bd worth it.