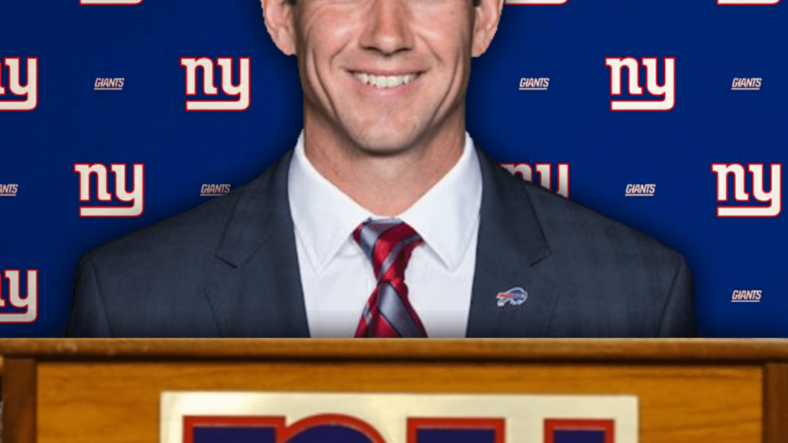 The Giants are putting a comprehensive list of general manager candidates together for the off-season, especially with head coach Joe Judge stuck in limbo. It is entirely possible that a new GM will want to move on from Judge and bring in his own head coach, which is why ownership is being patient with the process.

After all, the Giants have fired multiple coaches over the past five years, so they have a bit of experience in how the strategy and plan should look. Hopefully, they’ve learned a thing or two from their past mistakes, shaking things up with an outside hire who can bring a new ethos to the organization.

However, one of the top options on their wish list is Joe Schoen of the Buffalo Bills. Schoen is Brandon Bean’s right-hand man and top talent evaluator. Buffalo has made the postseason in four of the last five seasons, all of which Joe has been with the team.

The Giants view him as a home-run candidate based on his track record and impeccable experience tree. Having come from Miami, where he served as the Dolphins’ director of player personnel from 2014-2017, Schoen has worked with many people around the league and would have a convincing voice in drawing big names to Big Blue.

Ian O’Connor of the NY Post stated that Giants’ GM target Joe Schoen could be the one to beat:

In talking to someone close to the Giants GM process a couple weeks ago, got the impression Joe Schoen might be the one to beat. The Bills exec was the first person mentioned at the time by the source among Giants targets & the first ID’d yesterday as an interview candidate.

It is great to see that ownership is finally looking outside the box for a GM hire, especially after rolling with dice over and over, expecting different results with Dave Gettleman for four years. Unfathomably, they allowed Gettleman to retire peacefully after driving the team into the dirt.

The hope is that Schoen views the Giants’ vacant GM job as a highly-touted one, but after this past season and the roster’s current state, there have to be reservations.

Here’s the current list of candidates expected to receive an interview: