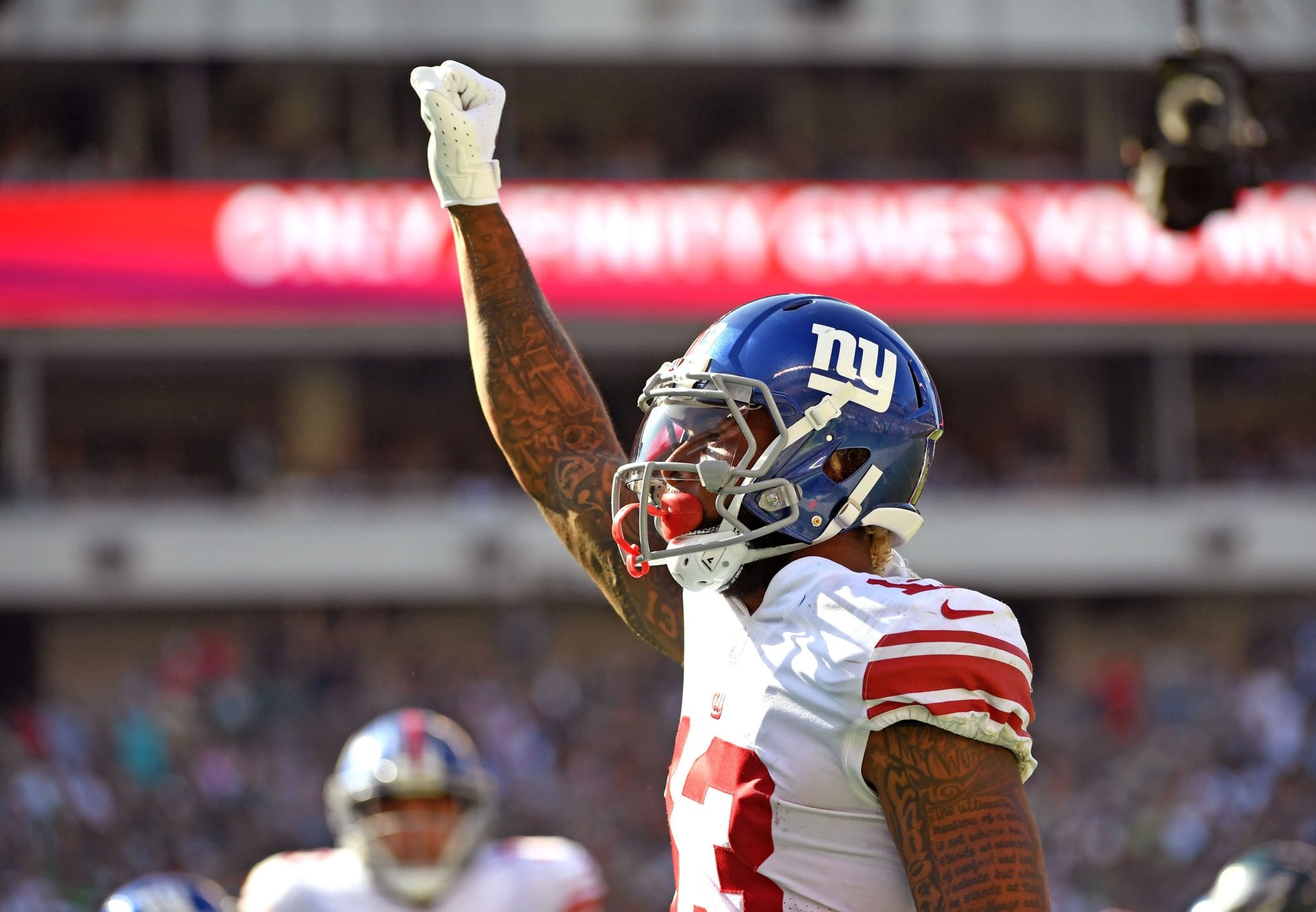 Everyone has an opinion on what the New York Giants should do about Odell Beckham Jr’s contract, and that includes former receiver Plaxico Burress. Of course, Burress knows a thing or two about playing wide receiver for the Giants, having caught the winning touchdown in Super Bowl XLII. That’s not the only reason why his take is interesting, though.

Burress fought for a new contract and skipped minicamp following the Super Bowl win, and the situation is vaguely similar to the current one with Beckham Jr.

“Everybody in the world knows the guy needs to be rewarded. It’s only a matter of time. Don’t have him disgruntled going into the season, and then you lose him. Why even put yourself in that position?” Burress told NJ.com.

His fear is one that many Giants fans have been voicing since last season. When the team went 3-13, large parts of the fanbase assumed that Beckham would take more money to move to a winning team when his contract is up. Now that it’s June and Beckham still doesn’t have a contract, those worries have only become more intense.

As far as paying Beckham goes, Burress has the same opinion as many of the fans. “I hope that he doesn’t let that affect him going into training camp. I say just go pay the guy so they can put all that behind them and everybody goes into a season with a tremendous focus of winning another championship.”

He also touched on another controversial subject, and that’s whether the Giants can win with Beckham in the future or not.

“I think he is a generational talent. He has everything that a wide receiver possibly could have. He is a fierce competitor, and a lot of people misconstrue some of the things that go on. But the guy wants to win bad. He competes, and I love that part about him. At the same time, there is a maturation process, too. I think he’ll realize and come into his own. You can build a team around him.”

Lastly, Burress has a positive outlook for what lies ahead, and on the situation with Eli Manning going into the 2018 season. “Obviously, last year nobody did really well. If you protect him, especially with the weapons he has and bringing in Saquon, it can have the possibility of being one of the most explosive offenses in football.”