Opinion: Why The New York Giants Should Take Kyler Murray No Questions Asked 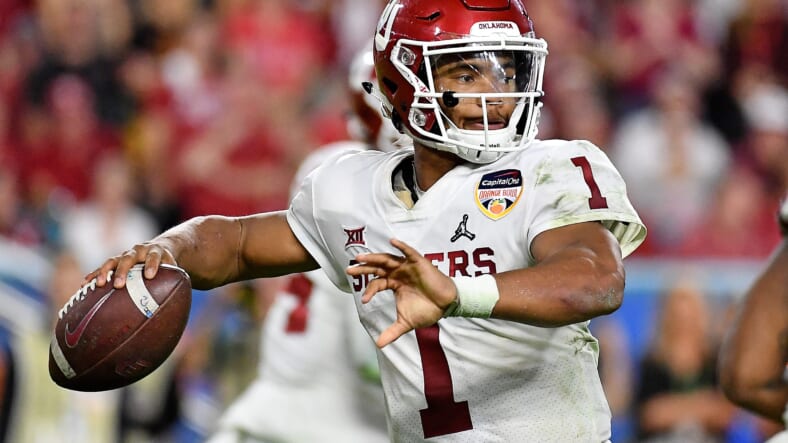 Typically my writing is predominantly about the Yankees or Knicks, but today I’m wading into deep blue waters for one reason — KYLER MURRAY. This is a plea for Dave Gettleman to make the choice that will transform the New York Giants and avoid wasting the primes of Barkley and Beckham. I believe there are two sides of this argument, those that see Murray as the best player in the draft and those that are wrong.

I have spent most of the last decade of my life as a transplanted New Yorker living in Seattle. In that time I’ve watched a too short, deep ball tossing, third round pick totally change a teams culture. So many of the knocks on Murray mirror what was said about Russell Wilson, it’s like nobody learns from their mistakes.

I keep reading how Doug Flutie is the closest comp to Murray when Wilson is the same height and plays a similar style.

What makes Kyler Murray so special?

Murray has a big arm, good touch and accuracy on intermediate passes. He also makes good decisions and does not turn the ball over. Are these traits sounding familiar at all? Oh, and Murray took Oklahoma to the 4 team national championship playoff so along with the physical traits he’s also a winner.

The other contenders to be drafted if the Giants take a QB are Dwayne Haskins who led Ohio State to one of their most disappointing seasons in recent memory, and Drew Lock who could maybe be Blake Bortles if he reaches his potential. Or the Giants could skip the middleman and just sign Bortles if/when Jacksonville releases him. He and Eli can have a competition in the spring and the Giants can start looking at QBs at the top of the 2020 draft.

If you add Murray and his ability to extend plays and take shots downfield to the Giants offense you have a nightmare for opposing defenses. What d-back can cover Beckham and Shepard for 6-seconds? And a linebacker or safety on EngramÂ or Barkley? There will be big play opportunities all over the field, and if defenses don’t keep someone in to spy Murray he is perfectly capable of gouging them for huge gains with his legs.

Look at what Lamar Jackson did for the Ravens and none is still sure if he can even throw a forward pass consistently.

The wrong decision can set the Giants back a decade and kill the prime years of two of the most special talents the team has ever seen. Kyler Murray has every trait you would want in a QB other than height, and in the new NFL with spread offenses, RPO’s and quarterbacks being moved out of the pocket the height concern is overblown.

I mean he even has the same baseball background as Wilson and Mahomes, who credit some of their more creative tosses and flips to it. Not to mention the fact that unless the Giants plan on magically getting Orlando Pace and Jonathan Ogden their quarterback wont be spending much time in the pocket anyway. C’mon Dave, swing for the fences in April and bring the best quarterback in the draft to NY, draft Kyler Murray.