New York Giants work out LG Forrest Lamp, but what would he bring? 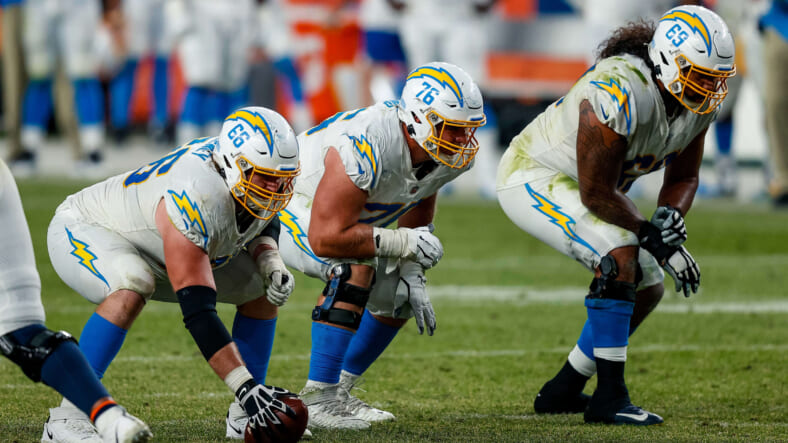 The quest to find a competent left guard has been a difficult task for the New York Giants, as they went onto their fifth option in Week 5 against the Dallas Cowboys. Utilizing both Matt Skura and Wes Martin, the Giants worked out a veteran option on Tuesday afternoon to add more competition.

With a tough stretch of games coming up, the Giants are keen to add more talent in the trenches, which is why they brought in former Los Angeles Chargers lineman Forrest Lamp for a workout. After agreeing to receive the COVID-19 vaccination, Lamp is looking to make a return to the NFL after starting at left guard for the Chargers in 2020.

Lamp enjoyed 1,174 offensive snaps last year, posting a 60.7 pass-blocking grade and 42.8 run-blocking grade, per PFF. While he doesnâ€™t offer above-average play, he has plenty of experience at a position of weakness for the Giants. He allowed two sacks, 14 QB hits, 22 hurries, and 38 pressures last season, but Big Blue isnâ€™t it in a position to spend draft capital or resources on a big name player; they need a solution now on a cost efficient deal.

The Giants currently have about $4 million available in funds to allocate if need be, and it is a strong likelihood they bring in another guard, which preferably would be Lamp given his experience. He did have a few solid outings last year, posting 85+ pass-blocking grades against Tampa Bay, Miami, and Atlanta.

Martin, who was signed off the Giantsâ€™ practice squad prior to the team’s loss on Sunday, allowed two hurries and two pressures on 39 snaps. Skura, who had never play left guard before the season, was injured early on in the contest, allowing two hits, one hurry, and three pressures over 29 snaps. He posted a solid run-blocking grade but, unfortunately was ineffective as a pass protector.

With the lack of continuity in the trenches, the Giants canâ€™t be picky with their options, which is why Lamp and his experience represent one of their better ones. He likely would agree to a cheaper deal and compete for starting reps immediately, giving him an opportunity to build a sample size in hopes of landing a more luxurious contract in the future.