New York Giants: Will Eli Manning Get His Final Farewell? 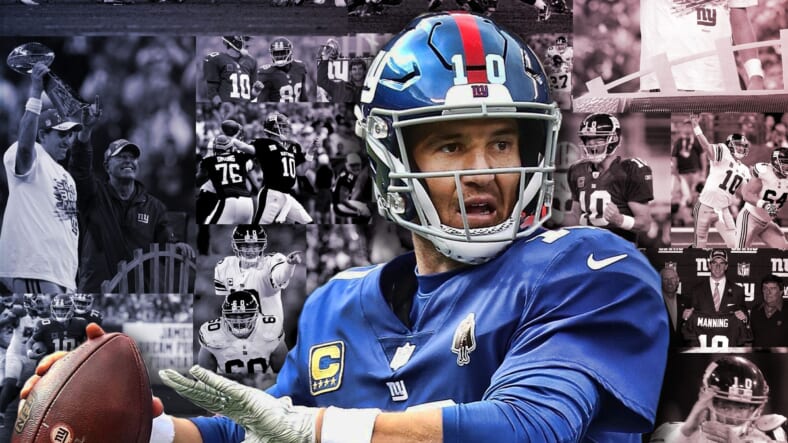 The New York Giants are once again in the middle of a lost season at 2-8. Eli Manning has been the quarterback for the Giants the past 16 years and has been there to guide the Giants through every high point and every low point for the past decade and a half.

There has been a discussion about a potential final farewell for Eli Manning. The face of the franchiseâ€™s time with the team is coming to an end this season and fans wish they could see him go out on top starting the Giantsâ€™ Week 17 matchup against the Eagles. But Giants fans will probably not get to experience and Eli Manning farewell game.

The Giants shouldnâ€™t give Eli Manning a farewell start simply because he doesnâ€™t want one. Eli has never been the quarterback looking for the spotlight or any sort of extra attention. He has always wanted to do what is best for the team, not for himself.

Taking Daniel Jones out of the starting lineup in Week 17 is not best for the team. Manning considers that to be â€œceremonial nonsenseâ€ and would not take part in a farewell tour of the sorts. Eliâ€™s final farewell will come later down the road when he retires.

A Retirement Press Conference And The Ring Of Honor

Eli Manning has not confirmed whether or not he will retire this offseason, but if he does, that will be his farewell. The Giants will, of course, give him a press conference to address the media and say goodbye to the fans and to the game. Eli does not need a nonsensical final start this season. He will get his farewell when his retirement is official.