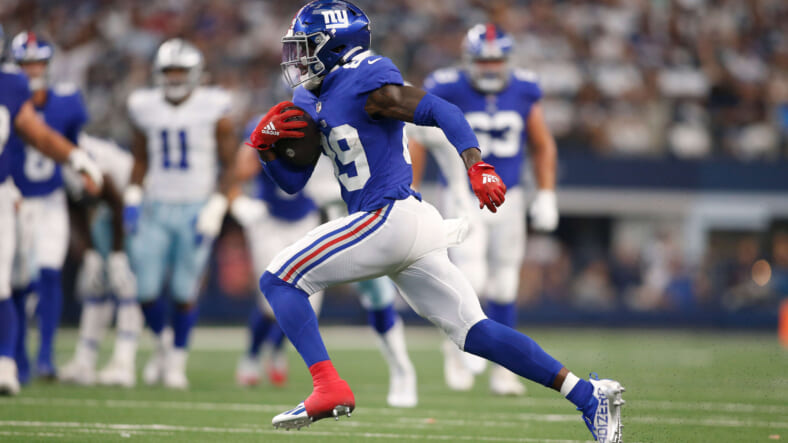 The New York Giants finally did it, they finally traded wide receiver Kadarius Toney after months of rumored talks between new general manager Joe Schoen and other teams.

Unfortunately, Toney’s time comes to an end with Big Blue being stained by a myriad of injuries, notably two hamstring issues that limited his production this season.

The New York Giants move on from Kadarius Toney:

Toney has only played in two games this year, collecting 23 yards on two rushing attempts as his only positive production. He caught two receptions on three targets, failing to get a single yard. However, the Giants will get back a conditional third-round pick and a sixth-round pick for the 2023 NFL draft in exchange for the former first-round pick.

Unfortunately, the 2020 draft selection was unable to return the value GM Dave Gettleman spent on him in the first place. Harnessing elite agility and lateral movements, Toney is a monster when healthy, but the problem is, he simply can’t get on the field, which has reduced his value significantly.

It is possible the Giants looked a flip some of their newly gained draft capital into another receiver at the trade deadline. There have been rumors that Denver Broncos receiver Jerry Jeudy is on the trade market, so the Giants could look in his direction as a low-cost, high-reward opportunity. Jeudy had some trouble with drops in the past, but he is an elite route runner that could help the team significantly down the stretch.