New York Giants trade back in 2021 NFL Draft First Round 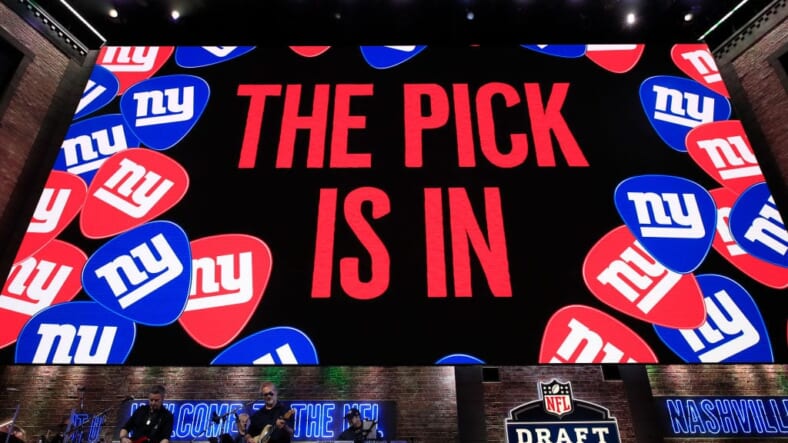 NASHVILLE, TENNESSEE - APRIL 25: A general view of a video board as the New York Giants pick is announced during the first round of the 2019 NFL Draft on April 25, 2019 in Nashville, Tennessee. (Photo by Andy Lyons/Getty Images)

Dave Gettleman, general manager of the New York Giants, was notorious for never trading down in the draft. Tonight he made his first trade down to 20 overall. The Chicago Bears traded up to 11 overall to draft Ohio State quarterback Justin Fields.

The Giants missed out on DeVonta Smith and pivoted towards moving down in the draft to gain extra draft capital. Now, the New York Giants have additional capital in this year and next year’s drafts. Barring any more unforeseen trades, Giants will be on the clock at 20 overall.