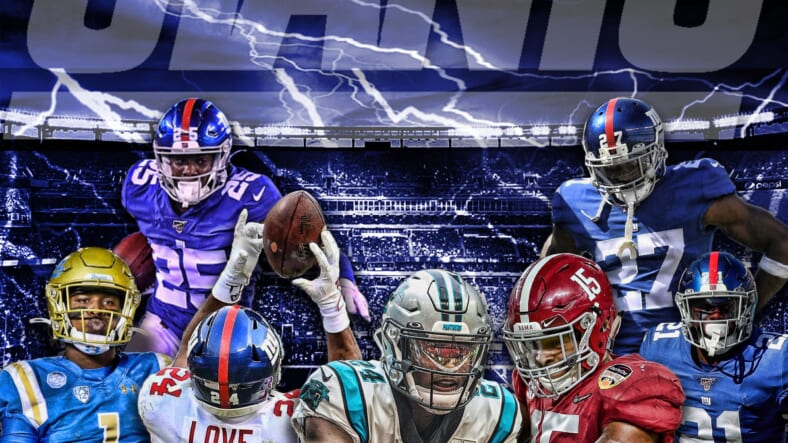 The New York Giants are once again at the forefront of sports media for all the wrong reasons. Last night, disappointing and gutwrenching news broke about Giants cornerback DeAndre Baker. The Miami Police Department issued an arrest warrant on DeAndre Baker. Baker is accused of committing four counts of armed robbery and aggravated assault. With Baker likely to be jailed, the Giants will need to look elsewhere at cornerback and find his replacement. Here are three players that are already on the roster who could potentially replace DeAndre Baker:

Julian Love started five games at safety for the Giants in 2019. He was expected to continue in a rotational safety role in 2020, but expectations have been subverted by DeAndre Baker’s incident. This makes Julian Love a potential option at outside cornerback.

Julian Love played safety as a rookie in the NFL, but he played cornerback in college. At that position, Love recordedÂ 32 pass breakups and 4 interceptions over his last two years at Notre Dame.

“Pure and simple, Love is a cover guy who possesses the feet, hips, instincts and competitiveness you want in a corner.” – NFL.com analyst Lance Zierelein

The Giants had high hopes when they selected Sam Beal in the third round of the 2018 Supplemental Draft. So far, he has not exactly lived up to expectations. Injuries held Beal back in his first two seasons, but he was not overly impressive when he found the field.

Sam Beal played in 6 games and started 3 games in 2019. In those games, Beal allowed a 76.2% completion percentage when targeted. He allowed opposing receivers to gain 171 yards and 1 touchdown. Opposing quarterbacks recorded a passer rating of 115.4 against Sam Beal. If Beal is going to replace DeAndre Baker, the Giants will need him to improve his performance significantly.

Corey Ballentine, the Giants’ 2019 sixth-round draft pick, could be an option to replace DeAndre Baker. Unfortunately, Ballentine’s situation is similar to Sam Beal’s. If he wants to earn this promotion, he needs to improve his performance.

Ballentine dealt with some injuries in 2019, but he did manage to play in 13 games and start 2 games. While Ballentine’s performance was slightly better than Beal’s, there is still a lot of room for improvement.

Corey Ballentine allowed opposing offenses to complete 64.3% of their passes in his coverage. They totaled 393 yards and 4 touchdowns against Ballentine, too. Ballentine was a rookie, so his struggles are understood. However, if his impressive performances in last year’s training camp and preseason are any indication as to what Ballentine has in store for the future, then there is reason to believe he could earn the job.