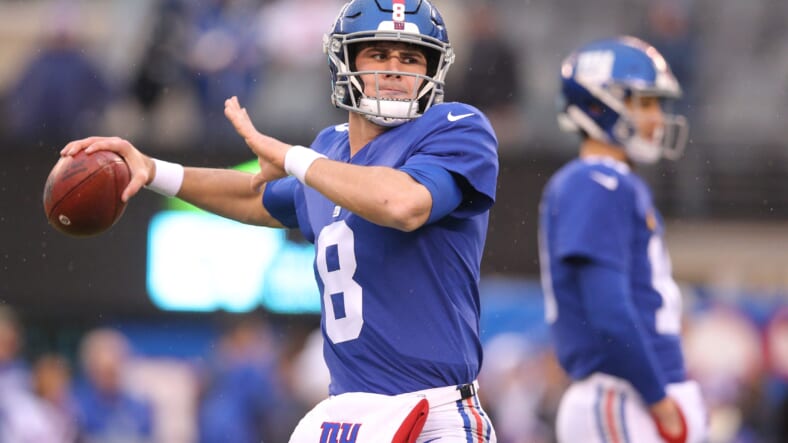 The New York Giants are relying a lot on Daniel Jones this season. Arguably, they’re relying on him too much. Everyone expected Jones to be a big part of the passing game, but not many would believe it if you said Jones would also be the leading rusher on the Giants come week four. But going into a game with the Rams, that’s the case. Jones is the leading rusher by a decent margin and the second place player, Saquon Barkley, is out for the season.

The Giants having rushing troubles in the first couple of weeks was somewhat understandable. The offensive line had changed and Barkley was injured early on. However, these troubles extending into the third loss of the season shows a bigger problem.

The team just can’t get anything going in the rushing game. Devonta Freeman, the veteran back brought in after Barkley’s injury, only has 10 yards with the team so far. He was also limited in his role in his first game with the team, racking up only five rushes.

Freeman’s role with the team should expand in week four, but increased touches won’t mean much unless the offensive line gives openings and Freeman steps up and takes them. After all, Dion Lewis hasn’t performed well so far despite having an entire offseason to learn Jason Garrett’s system. Lewis has 12 attempts and one touchdown so far, but only 21 actual rushing yards.

The Giants will definitely have to rely on Daniel Jones to some degree on offense this year. But one area where they shouldn’t rely on him is the passing game. The Giants have a tough enough matchup against the Rams even without their rushing struggles.

If Jones is once again the leading rusher for the Giants and not one of the running backs, don’t expect the Giants to walk away with a win.