New York Giants: The expectations have been raised for Joe Judge after 0-3 start 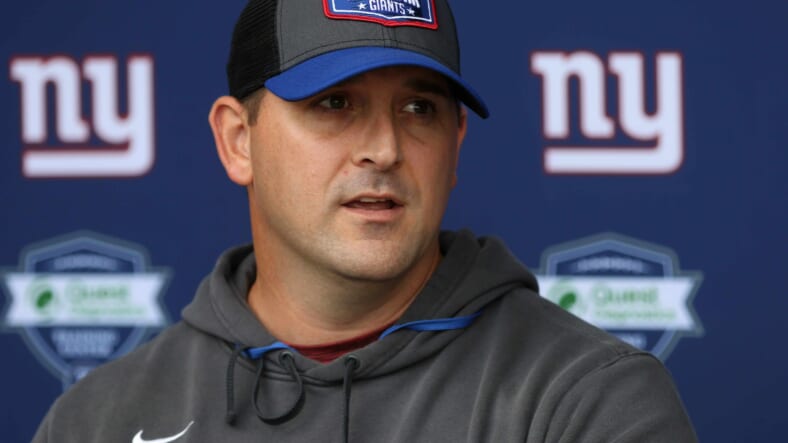 Many were willing to give New York Giants head coach Joe Judge a break after his first season. The Giants were a bad team last year, but it was amid the circumstances of introducing an entirely new coaching staff and dealing with an offseason stricken by a pandemic. Daniel Jones was still a second year quarterback, and Saquon Barkley missed almost the entire season. In 2020, there were a lot of excuses.

But after an 0-3 start, which could very easily turn into an 0-5 start thanks to games in New Orleans and Dallas coming up, the performance of the Giants through three weeks can’t be as easily ignored.

This season wasn’t necessarily playoffs or bust, but there was a definite expectation of improvement. In the games we’ve seen so far, that hasn’t been delivered. Furthermore, there’s been little to suggest that the Giants will improve this season. Instead of finding a way to win, the Giants have found a way to lose in consecutive games. Against a defense that allowed 80 points in its first two games, the Giants only managed to score 14 despite this offseason’s focus on adding offensive weapons.

At some point, some of the blame has to fall on the shoulders of Joe Judge.

Failure to read the room

When the Giants were coached by Pat Shurmur, there were often press conferences that didn’t really say much. Many fans felt distant from both the staff and from Dave Gettleman’s front office, as if their public comments were just following a formula rather than addressing the real problems with the team.

“A lot of things that we saw positive that we worked on throughout the week coming out of the Washington week showed up in the game in a positive way, but big picture-wise weâ€™ve got to do a better job finishing the game â€“ thatâ€™s coaching, thatâ€™s playing, thatâ€™s executing, thatâ€™s making sure we do what we have to do for 60 minutes,” Judge said after the Falcons loss.

Despite Judge seeing positives in every loss, the fans aren’t seeing things the same way. It’s clear that patience is running out and that insisting on positives even as the results get worse is starting to alienate many.

To put it plainly, when every outcome is described in the same way and the team consistently fails to improve at the execution that is frequently talked about, statements from the head coach begin to lose any meaning they may have had.

But that’s far from the largest problem.

What is Judge’s specialty?

The press conferences could be forgiven if the Giants were playing more like Judge advertised, but that’s been far from the case. This offseason, Judge put a big focus on discipline. It’s been one of the hallmarks of his coaching style, and the Giants fanbase was willing to defend him even as the national media criticized it.

However, it remains to be seen if that style will pay dividends or if it’s a case of smoke and mirrors.

The appeal of Judge as a head coach was that the Giants would take some of the best elements from the Patriots organization. They would play disciplined, and buy into a system that would let the players improve and win more games despite the roster lacking exceptional talent.

After three games, though, that isn’t coming true. There’s just been too many mistakes and errors this season to argue that the Giants are a disciplined team. And too many strange coaching decisions to believe Judge has a system worth buying into right now.

To put it simply, Judge hasn’t proven so far that he can excel in any major areas as a head coach. Instead, the fans have been sold an idea of a competent head coach and the actual on-the-field results haven’t manifested.

Part of the reason for the Atlanta loss is the Giants discarding things that worked for them on offense against Washington. But even if Jason Garrett came up with that offensive gameplan, it still passed by the head coach and was approved by him.

Even if we look at Judge as more of an upper level manager rather than the kind of head coach who gets more directly involved in the tactical side of game planning, it’s hard to argue he’s done a good job in the role based on what we’ve seen through the first three weeks.

The Garrett problem has been a thorn in the Giants’ side for over a year at this point. More than enough time has passed for Judge to intervene, but it looks increasingly unlikely that anything like that will happen.

The verdict on Judge

Dave Gettleman is almost certainly out after this season as GM. The decision on whether to keep Judge or not will likely fall to the new GM, if the Giants do not clean house entirely and fire the entire staff.

In other words, this season is more or less an audition. While Judge showed in his first season that he has potential, a step forward is needed this year and it needs to come fast. While the Giants relied on a late season surge to finish with six wins last year, the baseline expectation has been that 2021 would be an improvement rather than just a repeat of the same thing.

If October passes by and the season still looks over, it seems unlikely that Judge will be retained by a future GM. If the Giants actually make progress as advertised during the offseason, Judge may just have a shot at sticking around for longer and winning with a better constructed roster.