New York Giants: The End of the Eli Manning Era 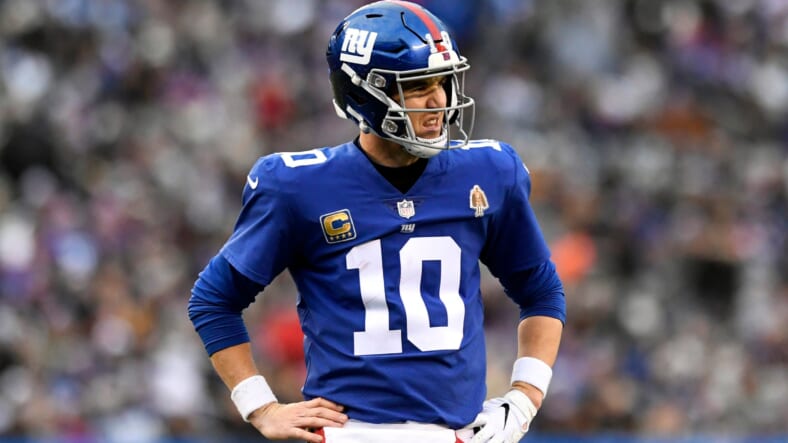 Tuesday morning the New York Giants announced that young Daniel Jones would be the teams starting quarterback for the Week 3 matchup down in Tampa Bay. With this news, Giants fans have likely seen the last of the Eli Manning tenure with New York.

A rather emotional for Giants fans to say the least. Excited to watch the future of the franchise in action, but also a taste of bittersweet memories. Seeing a number other than 10 under center on Sundays will for sure be difficult for Giants fans to watch at first. Manning, the quarterback for 15 years who hasnâ€™t missed a single game to injury has certainly left his mark on this franchise. Helping the team to two Lombardi trophies, whole earning himself two Super Bowl MVP awards. Over these past 15 years, Eli has provided Giants fans with memories they for sure will never forget. From miraculously escaping a sack in Super Bowl 42 to sling the ball to David Tyree for the helmet catch, from perfectly dropping the ball into the breadbasket of Mario Manningham on the sidelines to help win Super Bowl 46, all the way to his first game-winning touchdown pass against the Broncos in 2005.

eOn a personal note, I cannot recall the last time Eli Manning wasnâ€™t the starting quarterback for the New York Giants (besides the Oakland game in 2017). One of the toughest players to play the game of football. To never miss a game due to injury is an absolutely incredible mark that Eli Manning is the proud owner of. Eli Manning has proven to former general manager Ernie Accorsi and the New York fan base that trading for him was and forever will have been the right move. Accorsi the former general manager stated Tuesday after hearing about the news, I’ve been through the passing of the torch before with Johnny Unitas. This is a very difficult time for me, although I knew sooner or later it would come.

Eli Manning gave me the two greatest moments of my time in the National Football League. He will always be very special to me as will his two Super Bowl Championshipsâ€. Without a doubt, Giants fans will forever be proud and grateful for what Eli has brought to this franchise. 56,471 passing yards, 362 passing touchdowns,Â  2 Super Bowl rings, 2 Super Bowl MVPs, 4 Pro Bowls, and an absolute iron man. Manning is also one of five NFL players with multiple Super Bowl MVP awards. However, perhaps those accomplishments arenâ€™t the ones that the Giants and their fans are most proud of.Â  Manning has brought in 150,00 kids a year to Manning Childrenâ€™s Clinic, raises $25M as chair of New York, Marches for Babies, Red Cross Celebrity Cabinet member, a Make-a-Wish supporter, raised money by creating his own challenge in support of tackling kids cancer, a Classroom Cares ambassador and a 2017 NFL Man of the Year award recipient. Words will never be able to express the gratitude that the Giants fans and the city of New York have for Eli Manning. Thank you, Eli Manning. Thank you for it all Eli. Thank You 10.