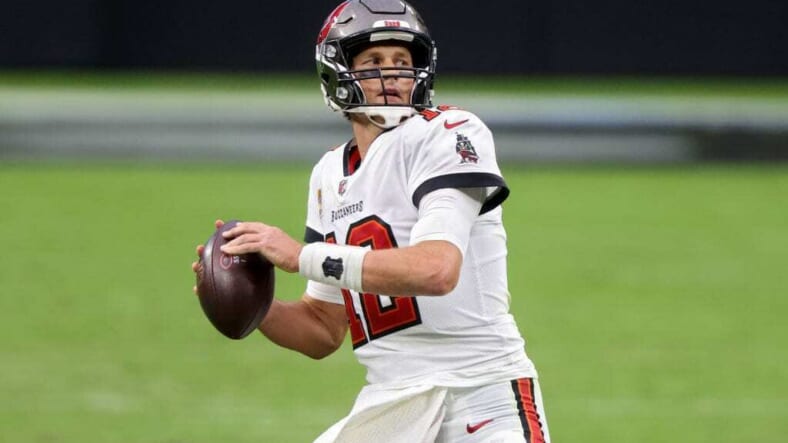 The New York Giants will face off against the Tampa Bay Buccaneers in Week 8. New York will play its second primetime game in a row after suffering an embarrassing loss to the Philadelphia Eagles last Thursday night. Heading into this week’ss matchup, the Giants are once again staring defeat in the face on primetime.

Anything is possible, and we have seen the Giants upset Tom Brady in the greatest of fashion, but the Giants will be major underdogs in this Week 8 matchup. Tom Brady and the high-flying Buccaneers had a slow start to the season but have recently emerged as legitimate Super Bowl contenders over the last couple of weeks.

Six-time Super Bowl champion Tom Brady is leading the Tampa Bay Buccaneers’ high-flying offense in 2020. After two decades of dominance with the New England Patriots, Brady moved on to do things without Belichick in Tampa Bay. So far, Brady has found far more success than the Patriots, nearly putting to rest the “system quarterback” criticism he was dealt in New England.

Tom Brady is playing at an MVP level through seven weeks of the 2020 NFL season. He might not be winning the MVP race right now, but that is not an indictment on Tom, but, rather, praise to sing for the rest of the league’s star quarterbacks.

The Tampa Bay Buccaneers have scored 83 points in the past two weeks. Tom Brady is coming off of an elite Week 7 performance that saw him throw for 369 yards and 4 passing touchdowns, and 1 rushing touchdown with 0 interceptions. Brady is Pro Football Focus’s third-highest graded quarterback in the NFL so far, trailing only Aaron Rodgers and Rusell Wilson.

Tampa Bay’s offense has been connecting on countless deep shots downfield. According to PFF, on 20+ yard throws, Tom Brady has totaled 15 Big-Time-Throws and 0 turnover-worthy-throws. He has been near-flawless when airing the ball out deep.

The New York Giants’ defense has allowed opposing offenses to gain an average of 251.7 passing yards and 24.9 points per game. Cornerback James Bradberry has been performing at an elite level, but he will have his hands full when matching up against Mike Evans and Tom Brady.

The Giants are hosting a beastly Buccaneers offense on Monday night. Unfortunately for New York, Brady and the Bucs are out of their sluggish phase. Now, they are exploding to the forefront of the NFL in a dominant fashion. The Giants’ defense has a tough task ahead of them as they gameplan to slow down the GOAT and his talent-loaded offense.