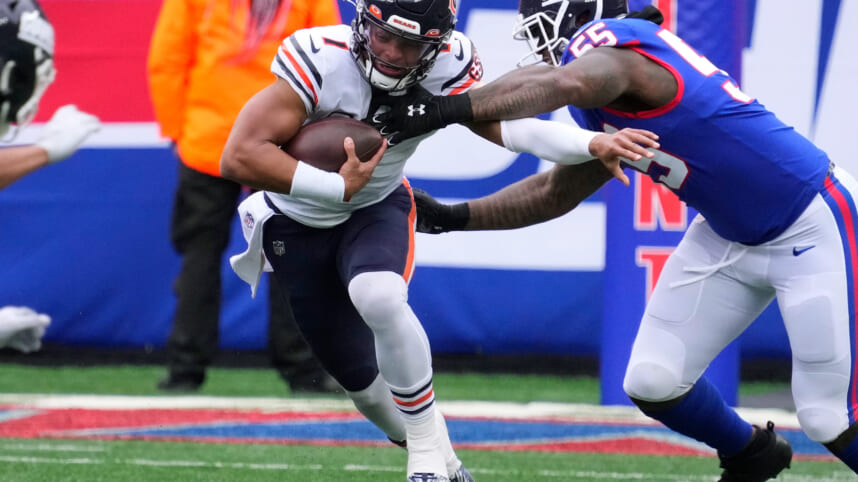 Going into this season, much excitement surrounded the young and talented group of edge defenders for the New York Giants.

The two headliners were Kayvon Thibodeaux, of course, and Azeez Ojulari, following a promising rookie year.

Unfortunately, injuries caused those two players to miss some time early in the regular season. Thibodeaux was out the first two games. Ojulari has only suited up in Weeks 3 and 4.

As a result of injuries to multiple players, others have had to step up for this team to achieve a 5-1 start. One, in particular, to rise up to the occasion has been seventh-year veteran, Jihad Ward.

He was signed by the Giants in March and turned 28 later in the offseason. Formerly a second-round draft pick in 2016, Ward came into this year with just 10 career sacks.

Through six games, Ward has seen a fairly significant role. His percentage of snaps played has been 60% or more in five games. He has provided the Giants’ defense with a sack, four quarterback hits, six tackles for loss, and a forced fumble.

In terms of total pressures generated, Ward has nine so far this year. He is giving the Giants, on average, 1.5 pressures per game, strong value from a player signed to a cheap one-year deal.

Ward recorded three pressures in the Giants’ Week 4 win and followed that up with an even better Week 5 that resulted in four pressures created.

As a run defender, PFF has Ward graded at a solid 64.8. Ward has had a run defense grade of 67.3 or better in four out of six weeks.

Ward has provided terrific depth and even earned more than just backup opportunities. With recent draft picks in Thibodeaux, Ojulari, and Oshane Ximines, Ward provides veteran experience and can also be a reliable contributor.