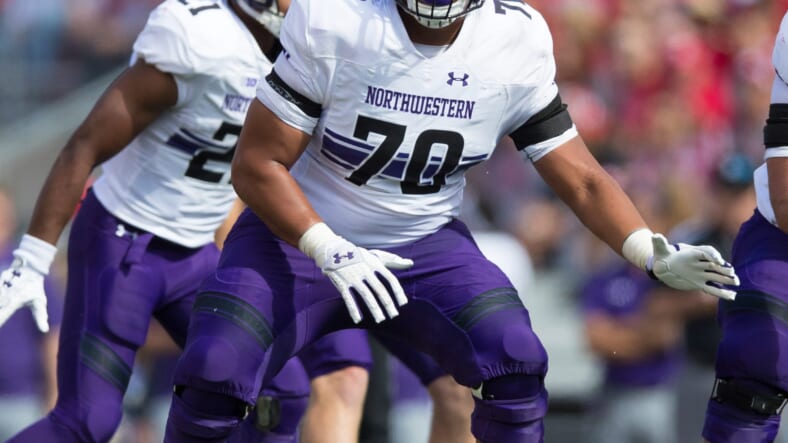 The New York Giants had the 32nd ranked offensive line in pass-blocking efficiency in 2020 (PFF), and yet they still found a way to make their OL worse this off-season. By cutting veteran right guard Kevin Zeitler, not only did they lose their best lineman, but they created a massive hole at a position of strength.

It seems as if the Giants feel confident that Andrew Thomas can hold down the left tackle spot, Will Hernandez will likely start at left guard, Nick Gates at center, and a combination of Nate Solder and Matt Peart at right tackle. Most would say this isnâ€™t an adequate unit, especially one worth investing optimism in, but as Dave Gettleman said in a recent press conference, â€œeventually you have to play the kids.â€

Ultimately, signing Kenny Golladay, John Ross, and even investing more draft capital on an offensive playmaker wonâ€™t matter if the offensive line canâ€™t protect quarterback Daniel Jones. Referencing the Buffalo Bills, who saw massive improvements in pass and run blocking last year, Josh Allen enjoyed a significant increase in passing efficiency. The Giants desperately need Jones to show a similar developmental leap, but they must protect him at all costs if they want to do so.

You can make one interesting argument, the return of Saquon Barkley and addition of Kenny Golladay should draw attention from defenders and coordinators, which will mitigate their ability to send extra blitzers to overwhelm the OL. While that schematic difference could play a meaningful part, the Giants canâ€™t roll with Shane Lemieux as a starter in to begin the 2021 season and feel comfortable.

With their problems on the line, targeting a player like Northwestern’s Rashawn Slater or even USC’s Alijah Vera-Tucker would make optimal sense.

â€œI would not count out the Giants drafting an offensive lineman (at No. 11),â€ Mel Kiper said in a recent interview, per Big Blue View. â€œYouâ€™ve gotta fix that spot or Daniel Jones is going to have no chance, even though youâ€™ve got some receivers now with (Kenny) Golladay coming in, you could add Jaylen Waddle, you could add a lineman, could add a linebacker like Micah Parsons. They have some needs they have to address in this draft, itâ€™s doing to be interesting to see how they attack it.

Luckily, if the Giants elect to go BPA in the first round, there is an unusual girth of 2nd round guards available that can offer instant starters with upside. They simply aren’t considered elite talent but rather slightly developmental with experience and upside.