New York Giants: Silver Linings From Week One vs Pittsburgh 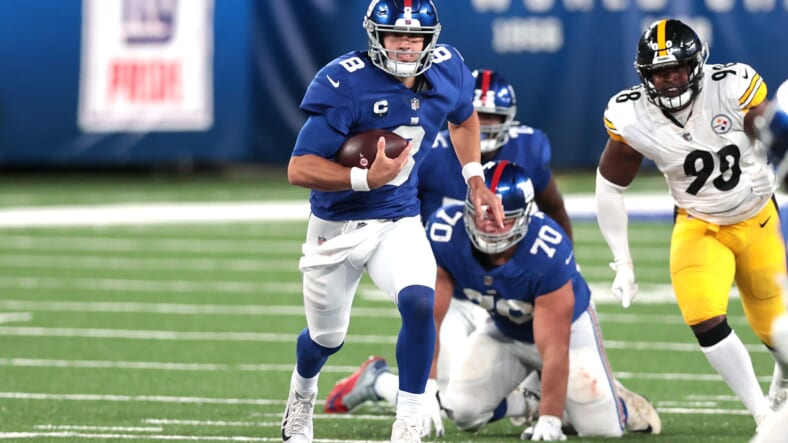 The New York Giants suffered a disappointing loss to the Pittsburgh Steelers last night. After getting off to a good start, the Giants squandered their lead and ultimately lost the game by two possessions. The final score was 26-16.

Despite this loss, there was plenty to like about the Giants’ performance in Week One. Some Solid performances on both sides of the football can encourage Giants fans heading into the second week of the season.

The Giants’ second-year quarterback, Daniel Jones, played a great game on Monday night. However, he did turn the ball over twice, and it cost the Giants big-time. But outside of those two turnovers, Jones was impressive as can be in Week One.

The Steelers possess one of the best defenses in the NFL. Their run-defense and pass-rush were elite last night. The Steelers held Saquon Barkley to 6 rushing yards and pressured Daniel Jones on 26 of his passing attempts. Jones was pressured 6 times more than any other quarterback in the NFL in Week One.

Despite having pressure in his face constantly, and despite not having a solid run game to rely on, Daniel Jones stood in the pocket and made some of the best throws of his career. Jones totaled 279 yards and 2 touchdown passes on 26 attempts.

Jones was particularly good when targeting the middle of the field. When targeting the middle, Jones completed 13 of his 15 passing attempts for 182 yards and 2 touchdowns. Jones was also superb on third down and carried the Giants’ offense at times. If Jones can continue to play at this level while keeping the turnovers down and receiving more help from his offensive line, 2020 could be the year Jones establishes himself as a franchise quarterback.

Lorenzo Carter also had one of the best games of his career on Monday night. Carter recorded 3 pressures, nearly had a sack, and earned an 81.5 overall PFF grade this week. His 3 pressures were tied for the team lead along with Leonard Williams, another player who had an impressive performance.

Leonard Williams recorded a sack and 3 pressures in Week One. Another interior defensive lineman also recorded a sack, though. Dexter Lawrence, the big hog molly out of Clemson started his second season off on the right track, earning a sack in an impressive performance.

The Giants’ defense was most impressive in Week One. The front seven was excellent, seeing multiple players have some of the best individual performances of their careers. This was especially important as the defensive secondary struggled to contain Ben Roethlisberger and his playmakers. The Giants will want to see their front seven build off of an impressive performance in Week Two, while also hoping to see some improvement from their young and inexperienced secondary.