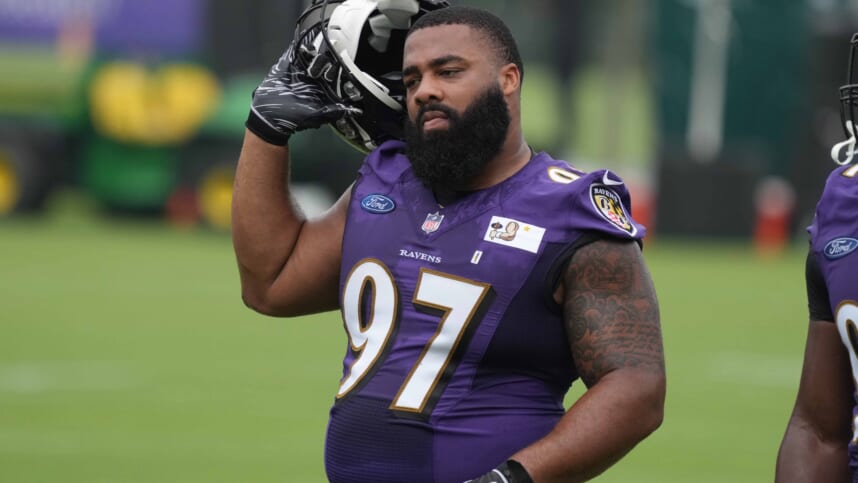 The New York Giants have sustained a number of injuries in recent weeks, notably in their interior defensive line. Rookie DJ Davidson picked up an injury, and defensive tackle Nick Williams is expected to miss the rest of the season after going down against the Seattle Seahawks in Week 8.

To supplement his loss, the Giants signed former undrafted free agent Aaron Crawford, who has spent the last few seasons with the Baltimore Ravens. Crawford is a 6’2″, 290-pound interior defender, having played just 21 total snaps as a professional.

Giants’ defensive coordinator Wink Martindale is familiar with Crawford, but his lack of experience will undoubtedly play a part in his efficiency. The Giants need to clear a roster spot to add Crawford, letting former Buffalo Bills practice squad player Olaijah Griffin go.

Big Blue is undoubtedly thin at multiple spots on the defensive side, especially after losing Xavier McKinney to a broken hand over the BYE week. Head coach Brian Daboll was visibly frustrated over McKinney’s injury, which he picked up riding ATVs in Cabo.