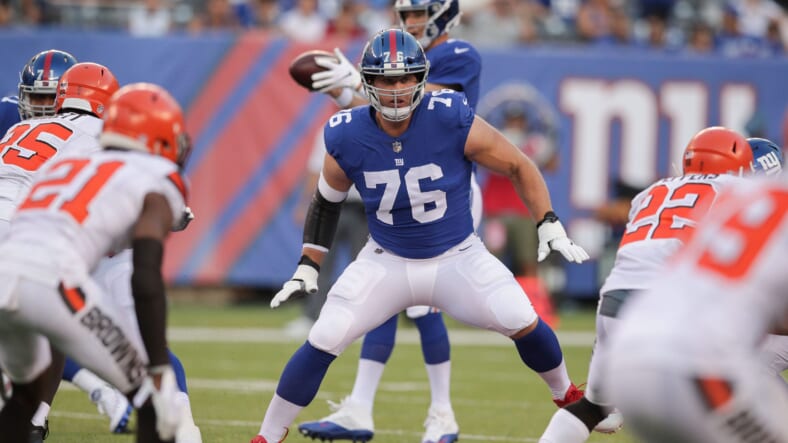 The New York Giants trading for former 6th overall pick Leonard Williams from the New York Jets marks the beginning of an expected flurry of deals this trade deadline period.

Williams brings a strong presence to the middle of the defensive front. Pairing him up with Dexter Lawrence on the interior will create a very exciting dual-threat of power and strength — a duo opposing offenses will have a fit with. The Giants gave up a third and fifth-round pick in the deal, but it’s a bit more intricate than that.

If Big Blue re-signs Williams to an extension before the new league year, the fifth-round pick turns into a fourth-rounder, however, if the Giants elect to let him walk in free agency, they would recoup the third-round pick in the form of a compensatory selection. Theoretically, the Giants would only forfeit a fifth-round pick at the end of the day for a half-season rental. General manager Dave Gettleman sees the massive interior defender as a long-term option, though, and his struggles with the Jets are now behind him.

A fresh start in a new building could earn him a nice payday, but his half-season audition will need to be fruitful for the Giants defense.

Who else could the New York Giants be looking to trade for?

I anticipated Big Blue as being sellers before the deadline, but instead, they elected to go out and grab a defensive lineman. Reports have stated that the Giants are still keen on moving cornerback Janoris Jenkins for draft capital, and linebacker Alec Ogletree could also be on the block. Left tackle Nate Solder has also been rumored to be an option for trade, but internal members of the Giants don’t believe he’s played as poorly as the media indicates.

Solder’s seven sacks allowed leads the team, and his inadequacies have put rookie quarterback Daniel Jones in peril at times. Realistically, Solder will likely stick around on the Giants considering his contract and the lack of value he has on the open market. Jenkins holds more value, and after a solid game last week against the Detroit Lions, it’s possible they could fetch a third-round pick for his services.

Jenkins is going into the final season of his contract and will likely be a cut casualty next offseason regardless, and with the Giants sitting at 2-6, gaining any capital for his services would be a plus. The same goes for Ogletree, who has been disappointing thus far in his tenure with Big Blue.