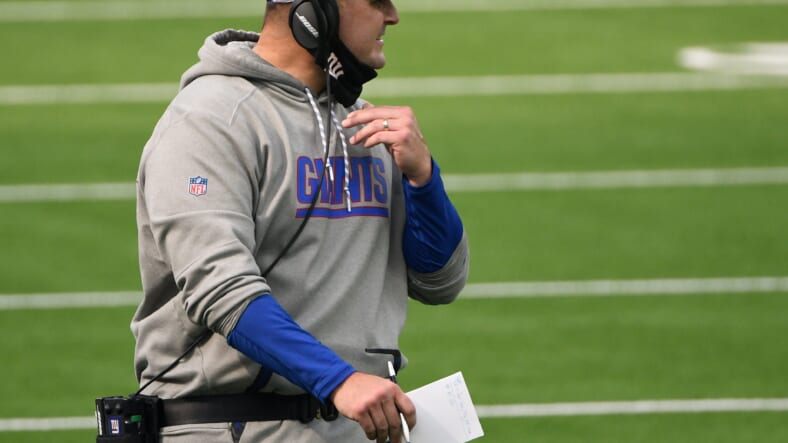 Following their loss to the Chiefs, the New York Giants ended up in the middle of a weird little controversy. The subject was the team’s headsets, which according to Joe Judge, didn’t do their job well enough.

The league has said that there isn’t an issue with the equipment and that the problems were due to user error, but it looks like this story might be more than just a head coach mistakenly blaming the tech for his own mistakes.

It’s not an isolated issue, according to a report from CBS Sports’ Jason La Canfora. Several sources from around the league have given their own stories on the performance of the headsets, and it’s not quite a glowing review.

Headset problems are “not just a Joe Judge thing”

Several coaching sources said the new game day belt packs have antennas that attach to frequencies or wireless locations that seem to short out or fail to stay connected, which disrupts their ability to communicate with their staff. “This is pretty widespread,” said one NFL source who has discussed the matter with several head coaches. “It’s not just a Joe Judge thing.” Another coaching source said: “The new belt packs are an issue.”

The “belt pack” here refers to part of the current communications equipment used by the league. The league has made changes to this equipment recently and has admitted to having to troubleshoot problems. But until now, the problem was mainly associated with Joe Judge and some chose to dismiss it as excuses from a coach who just lost a game.

Now that there’s more of a spotlight on this issue, though, it’s very possible that the league will put more attention into fixing it. It’s a bad look for the league, after all, when teams are at a disadvantage for a sideline issue rather than because of their on-the-field play.