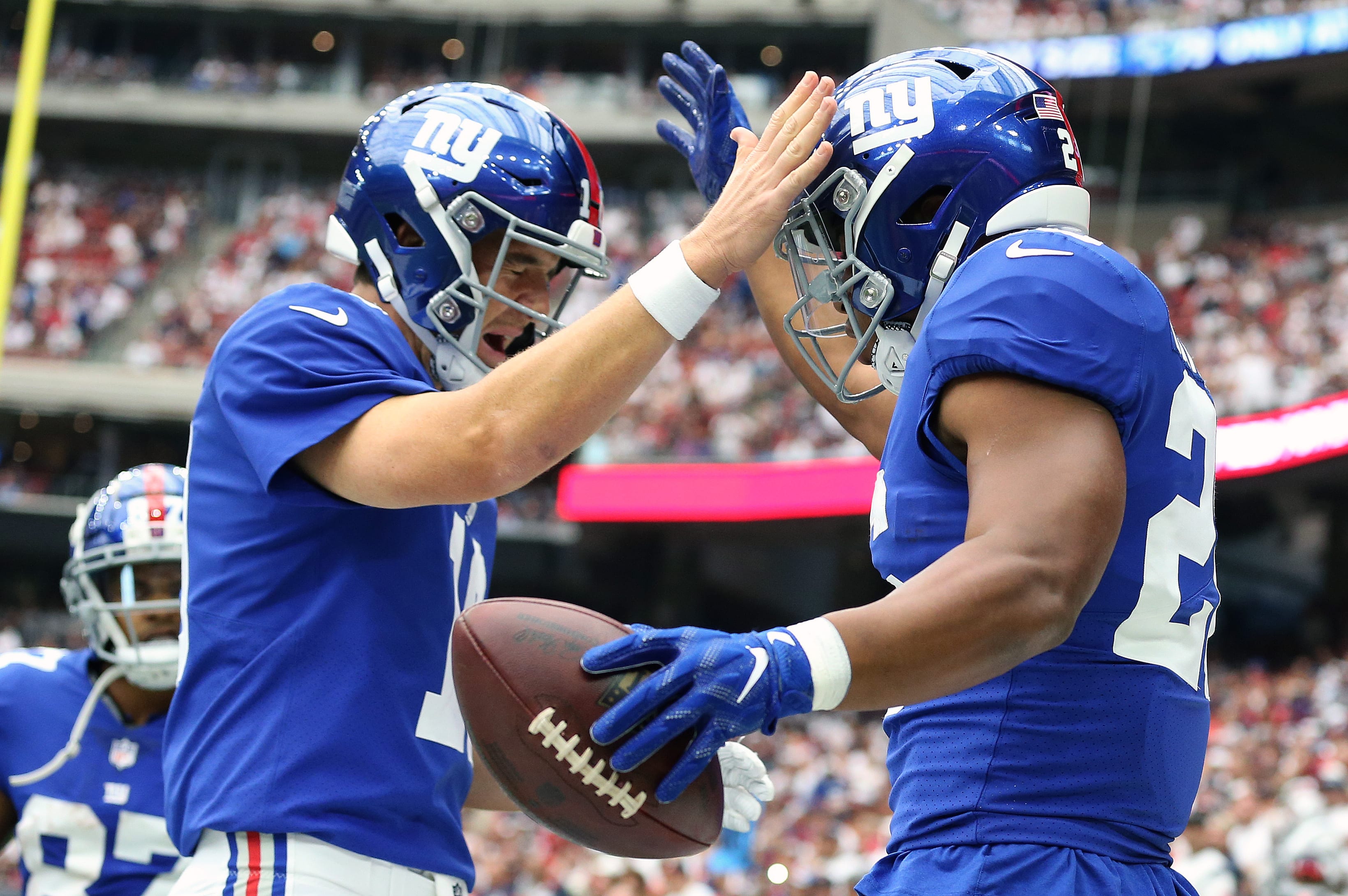 When it comes to justifying the seemingly earned losing record of the New York Giants in recent years, it always comes back to Eli Manning and his abilities. Never the defense, offensive line, or coaching that is called into question immediately, it’s always Manning and his deficiencies.

If you’ve ever seen Eli play football you know that he needs a stout offensive line and a balanced array of weapons to function at a high level. Former general manager Jerry Reese found every which way to put him in a position to fail – whether it be a bad offensive line, an unstable defense, or locker room madness. The questionable decisions were a direct influence on the Giants’ veteran signal caller.

Most resort to blaming Manning when asked about the team’s recent failures, but star running back Saquon Barkley knows that’s not the case.

“Yeah, it bothers me. I’m not going to lie because it’s not his fault,” Barkley says “He’s not the reason why [we’ve struggled]. We love to put the blame on one person, but it takes 11 men, a team and an organization all together to win.”

General manager Dave Gettleman went as far to say that Manning had a heck of a year in 2018, and while most would look at the garbage time stats and Barkley dump-offs, the stats don’t lie – not to mention the offensive line struggled once again.

How did Manning perform?

While you could make the argument that throwing five-yard screen passes shouldn’t indicate a spike in performance in regard to Manning, it certainly can’t be considered a dozy either. After all, Tom Brady completes most of his passes within 10 yards of the line of scrimmage, as the offense he operates is designed to work in that fashion – I don’t see anybody complaining about Brady’s completion percentage.

Yes, it’s certainly a stretch to compare the two, but the point here is that short passes can be equally as effective if your receivers are catching them.

“Eli is still a quality NFL quarterback,” Gettleman told NFL Network. ” It wears me out, it really does. Obviously, he’s 38 years old. … Anyhow, the bottom line is yes have to address it. It’s reality. So when the time is right we will.”

The Giants will likely find a successor for Manning in the near future, whether it be Josh Rosen or a drafted quarterback, but the one constant in his process will be Saquon Barkley, a true leader at the ripe age of 22 years old. There’s no time for blaming teammates at the expense of locker room feuds, and Barkley knows how to avoid these confrontations. Every player must be responsible for their own actions, and coming together in pressing times requires strength and leadership, both of which Barkley posses.