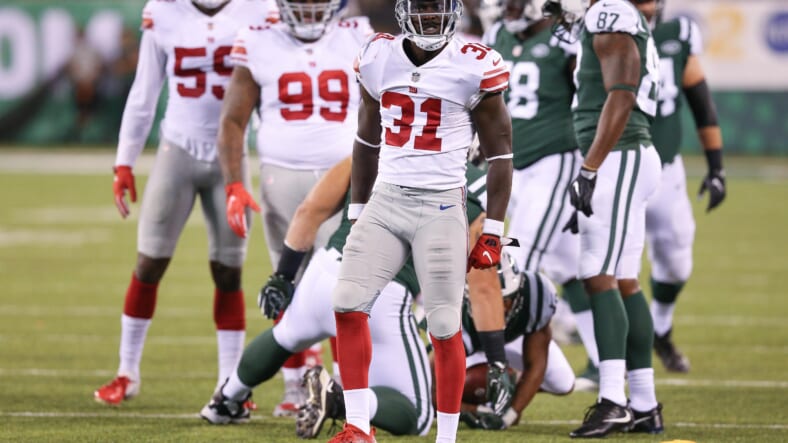 The NFC and AFC Conference Championship games took place this past weekend, setting the matchup for Super Bowl 53. With the Rams and Patriots set to face off in the Super Bowl, their players will not be able to play in the 2019 Pro Bowl. Because of this, alternate players will take their place. One of those alternates is the New York Giants‘ own Michael Thomas.

Michael Thomas is a player that new GM Dave Gettleman signed in the 2018 offseason. Thomas spent his previous five seasons with the Miami Dolphins. Michael was Pro Football Focus’s Special Teams Player of the Year in 2017. He came to the Giants to don a captain’s patch and be the leader of the special teams unit.

Michael Thomas spent 2018 making key tackles on returns and downing punts near the goal line for the Giants. However, Thomas’s excellent play was not limited to just special teams.

Serving as a rotational defensive back, and filling in at safety for the injured Landon Collins, Michael Thomas played quality snaps on defense in 2018. Thomas totaled 58 tackles, a forced fumble, and a sack in 2018. In coverage, Michael Thomas was disruptive. He had 6 passes defended and two interceptions for the Giants this season.

Down Goes Mariota! @Michael31Thomas with the sack and the #NYGiants offense takes over.#WPMOYChallenge+ Michael Thomas pic.twitter.com/o0xyspvH8G

The Giants now have four players set to play in the Pro Bowl in 2018. Michael Thomas will join kicker Aldrick Rosas, edge defender Olivier Vernon, and running back Saquon Barkley in Orlando on Sunday.

Humble yourselves, therefore, under the mighty hand of God so that #In Due Time he may exalt you!!! ????

Finally!!! I made the pro bowl. https://t.co/2DQLtPd6VO via @YouTube