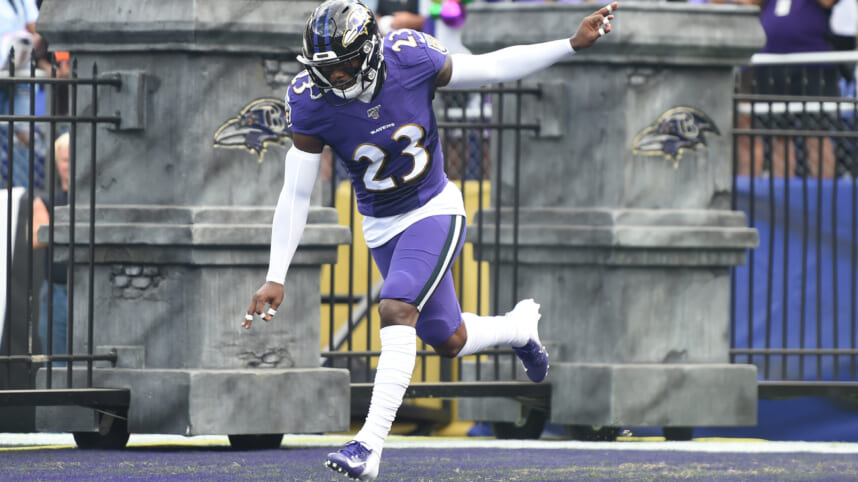 The New York Giants are signing veteran safety Tony Jefferson today. After making four claims on the waiver wire, the Giants have not finished retooling their roster, taking a dip into the free agency pool. Tony Jefferson will be reuniting with defensive coordinator Wink Martindale after spending time together in Baltimore.

What Tony Jefferson is bringing to the Giants

Tony Jefferson is a thirty-year-old safety that has spent his nine-year NFL career with three teams. Primarily, though, Jefferson played in Baltimore for four seasons under Wink Martindale’s coaching. Martindale was the defensive coordinator for the Ravens for Jefferson’s entire tenure with the team.

Three of the Giants’ four waiver claims were defensive backs. Adding depth in the secondary was a top priority for the Giants after roster cut day. Tony Jefferson will provide the Giants with a solid veteran presence behind Xavier McKinney and Julian Love.

Tony Jefferson has made 61 starts in his NFL career. During his four years with Baltimore from 2017-2021, Jefferson started 35 games, totaling two interceptions, 11 passes defended, six forced fumbles, five sacks, and 277 combined tackles with 20 tackles for loss. Jefferson is a hard-hitting box safety that can be an enforcing in run-defense.

The New York Giants’ secondary is thin. Behind the team’s starting safeties there was not much talent for the Giants to feel comfortable with. The signing of Tony Jefferson fixes this issue for Big Blue. Wink Martindale is familiar with Jefferson’s skillset and playing style. Jefferson is familiar with Martindale’s defensive scheme. Tony Jefferson is a veteran that can help the Giants’ younger guys acclimate to the team’s new defensive scheme, but he also has the quality to start for the team in a pinch. This was a necessary depth signing for the New York Giants that should give Wink Martindale more comfortability running his system in 2022.