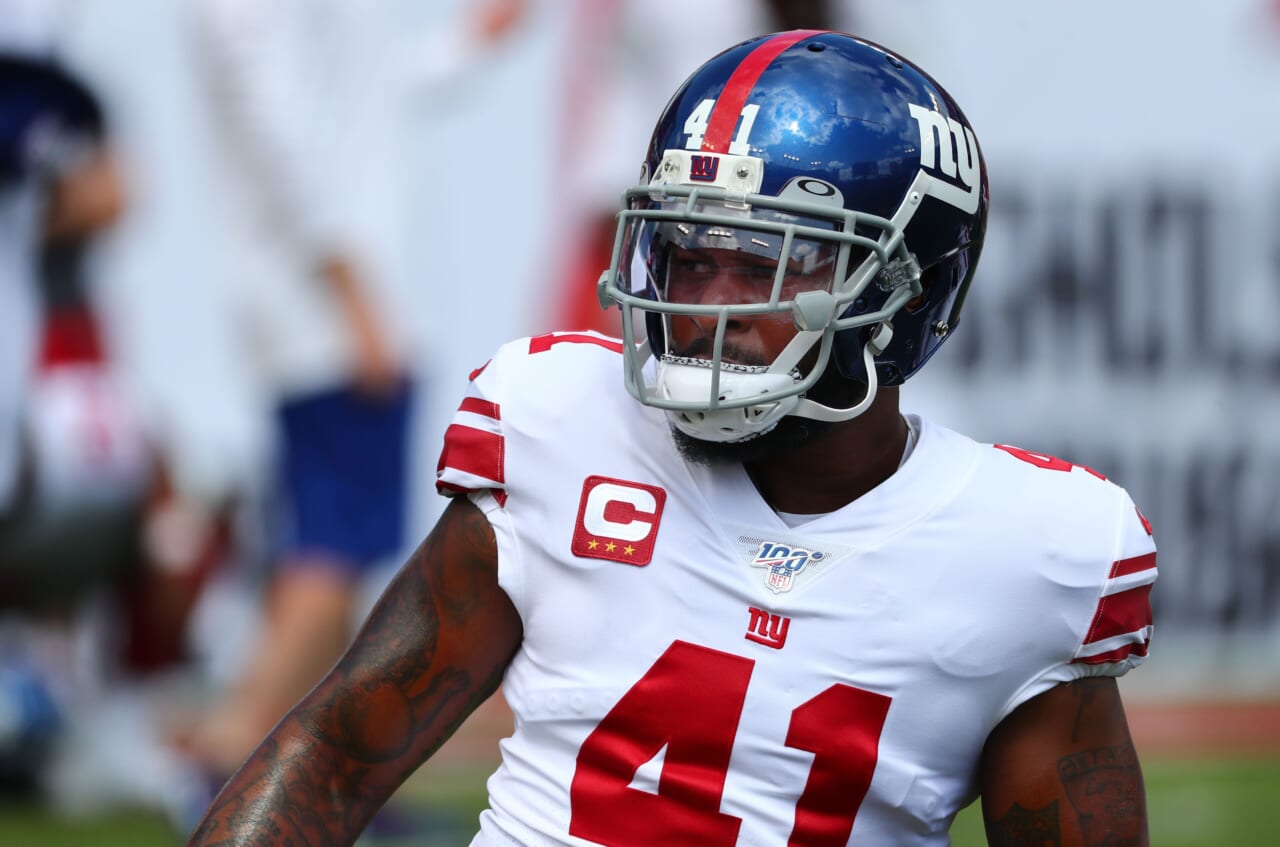 The New York Giants suffered a huge loss today. Rookie safety Xavier McKinney has suffered a broken foot that will keep him sidelined for months. McKinney was one of the most exciting rookies on the Giants. He was primed to play a major role as a starter in the Giants’ new defense.

Now, with McKinney sidelined for the foreseeable future, the Giants have a huge hole to fill on the back end. Julian Love is likely to start at free safety now, but the depth is lacking in the Giants’ secondary.

Many Giants fans have been crying out for their team to sign free agent cornerback Logan Ryan. Ryan had an up-and-down season with the Titans in 2019, but he put together a pretty spectacular statistical season.

Ryan is a former member of the Patriots as well, so he is familiar with Joe Judge. Logan could easily slide in as the starter in the slot cornerback position, Â but he has experience playing on the outside as well, and even at safety.

If the Giants were to sign Logan Ryan, it would not be cheap. Ryan is reportedly seeking a contract worth more than $10 million. But his versatility would allow the Giants to gain depth at more than one position. Ryan could fill in at safety, slot cornerback, or outside cornerback, depending on where the Giants need him most.

If the Giants want to get a pure safety, there are some veteran options they could take a look at. Tony Jefferson is one of those options. Jefferson is twenty-eight-years-old now and is a free agent after spending the last three seasons with the Baltimore Ravens.

One area of concern, though, is Jefferson’s injury history. Tony suffered a torn ACL in the fifth game of the 2019 season, sidelining him for the rest of the year. This was a huge loss in the Ravens’ secondary, as Jefferson was on the field for nearly every single defensive snap in Baltimore.

Jefferson was formerly a strong safety, playing in the box and making an impact in the run game. But he moved over to free safety last year. He could be a solid depth piece at either the free safety or strong safety position for the Giants, depending on where Julian Love lines up.

The Giants could bring back a familiar face. It might not go over too well with the fanbase, but general manager Dave Gettleman could look to bring back the Giants’ starting safety from 2019, Antoine Bethea.

Bethea started all sixteen games for the Giants in 2019. He totaled 110 combined tackles, one interception, and six passes defended. But Bethea was very inconsistent for the Giants and struggled at times in coverage. He is also thirty-six-years-old, so he is not a spring chicken at this point in his career. Antoine would not at all be a long-term answer at the safety position. He would have to be signed on a one-year deal. But Gettleman’s familiarity with Bethea could entice him to re-sign the veteran.