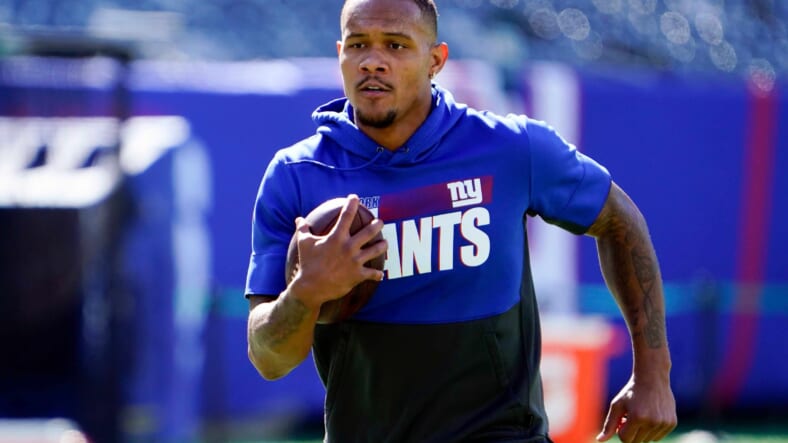 The New York Giants earned a huge victory over the Philadelphia Eagles this past Sunday. The Week 12 win kept the Giants alive (barely) in the playoff race. In Week 13, the Giants will face another team racing from behind to make the playoffs: the Miami Dolphins.

New York’s defense has been playing lights out in recent weeks and propelling the team to victory. However, the same could be said for the Miami Dolphins’ stellar defense. The Dolphins are running a man-coverage-heavy defense that is getting the job done and earning victories. This matchup will test the New York Giants receivers in Week 13.

The Giants receivers vs. the Dolphins defense

The Miami Dolphins utilize the most man coverage in the NFL. They have utilized man-coverage on 48% of their defensive play-calls. When the Giants have faced man coverage this season, the wide receiver target share is as follows:

The most notable name on this list is Sterling Shepard. Shep sits atop of the list as the primary target against man coverage. This is a bit concerning considering Sterling has not played since Week 8 as he has been dealing with a quad injury. At Wednesday’s practice (12/1), Shepard was listed as a non-participant. His status looks bleak for Sunday.

The Giants will need Kenny Golladay to step up versus the Dolphins. Kenny Golladay signed a mega-contract with the Giants this offseason to be the team’s primary wide receiver. The expectations have not been met, though, as Golladay has dealt with lingering injuries all season long as New York’s offense continues to struggle mightily. If there was ever a time for KennyG to have his breakout game and score his first touchdown, it would be this Sunday.

All eyes, however, will be on quarterback Daniel Jones this week. The Giants’ third-year starter suffered a neck sprain last Sunday that is expected to keep him out of this week’s contest. However, Jones did participate in practice on Wednesday in a limited fashion. Regardless of who is behind center for the Giants on Sunday, it will be a difficult matchup for the offense as they face the red-hot Miami Dolphins defense in Week 13.