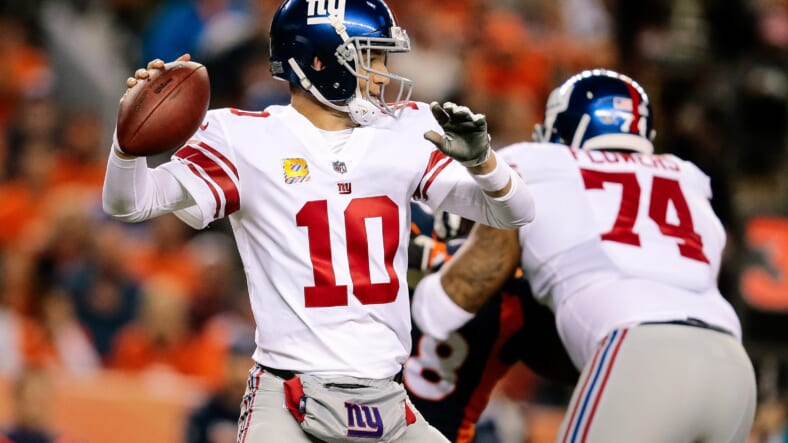 Kyle Lauletta isn’t the New York Giants starter just yet. Despite a lot of talk about how Eli Manning may very well only have one or two more weeks at the helm as the team’s quarterback, the offense finally did what they’re being paid to do: they went out and they performed well during the most important moment of the game, taking the win for the Giants. They also did it on a late game drive, under pressure.

Really, this is the first time the New York Giants have responded to pressure by standing tall at the end of a game instead of shrinking back like a team that doesn’t truly want to win. Sure, it was against the 2-7 San Francisco 49ers, but the bad opposition doesn’t take away the momentum gained from this game.

You can argue all you want about whether it’s actually a good thing or not that the Giants picked up their second win during a lost season, but deep down even the most pro-tank fans should be happy at some level that the team played well for a game. It’s a nice break from the frustrations of the last three games, two of which were not just losses but losses to divisional rivals.

What else can be taken from this game? Well, Eli Manning picked up his performance levels and even won the game for the Giants in the end, throwing the winning touchdown pass to Sterling Shepard. But Manning didn’t just come up in the clutch at the end of the game. The Giants were only in the game at that point because of the two touchdowns that Manning threw to Odell Beckham Jr., which were the only two of the game.

The connection between Manning and Beckham is back, and while Manning only had 188 yards, his lowest output of the season so far, he was efficient and came through when it actually counted. He surely saved his job, keeping rookie Kyle Lauletta on the bench for at least the next couple of games.

Will it affect things long-term? We’ll see. The 49ers aren’t good competition, and it’s important to not expect too much after beating them. After all, they entered the game in a similar state to the Giants, and are also in the race for the number one pick. It’s also unknown if the good performances will continue for the next games of the season, against the Bucs and the Eagles.

But for at least one game, Eli Manning shone again. And for better or worse, the second win of the season is a big step forward.