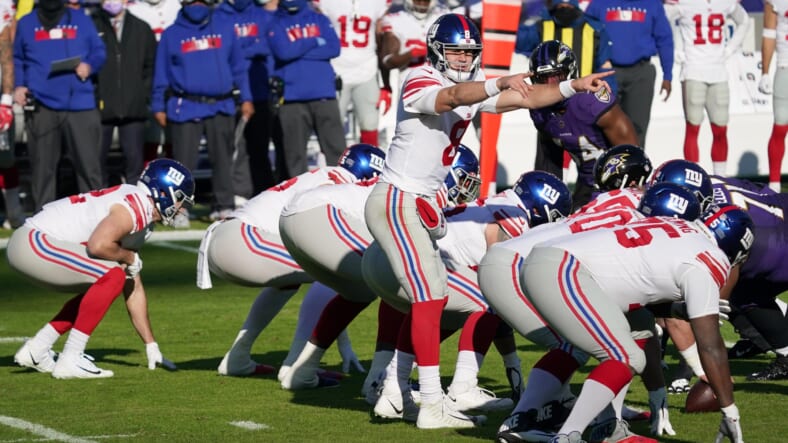 The New York Giants are preparing to piece together their 4th offensive line combination in three games, providing a clear indication of severe issues in the trenches. With injuries piling, including a season-ending ailment to Nick Gates, hand injury to Ben Bredeson, and knee surgery to Shane Lemieux, the expectation is that Big Blue will feature former practice squader Matt Skura at left guard in Week 4.

Some might recall general manager Dave Gettleman expressing confidence during the preseason regarding the OL, but that sentiment has been thrown out the window after trading for Billy Price and Bredeson, both of whom have started off the season as liabilities.

Expect Giants OL to be this on Sunday vs Saints:

Skura taking over at left guard is an interesting development, especially since heâ€™s never played the position in his NFL career. He has played 2,584 snaps under center at 732 right guard, so this will be a new position for him that requires adaptation.

The Giants donâ€™t want to transition their centers too frequently, having already gone from Gates to Price this season. Each individual center has their own knacks, including velocity on their snaps and placement. They prefer to keep Price as the primary option there, despite Skura potentially being a more viable long-term solution.

Last season with the Baltimore Ravens, Skura played in 671 snaps coming off a serious injury. He was once considered one of the rising centers in the league, but wounds have set him back significantly.

It is unfortunate the Giants are still working their way through the offensive line considering the number of resources they spent on solidifying it. Having drafted Andrew Thomas, Matt Peart, and Lemieux last year and spending big money on Nate Solder back in 2018, the Giants are still trying to find solutions at some of the more important spots in the trenches.

They currently feel confident about Thomas at LG and Will Hernandez at RG, but every other spot has presented itself as a weakness through three weeks.

Per PFF, the Giants currently have the 25th ranked pass-blocking line and 14th run-blocking unit, which is an upgrade compared to their 2020 stats. New OL coach Rob Sale has done a tremendous job coaching up the talent on hand, which isn’t much after Thomas and Hernandez. The constant shuffling has made things even more tumultuous, so hopefully, the Giants can experience a bit of continuity moving forward, but that entirely relies on them being healthy.