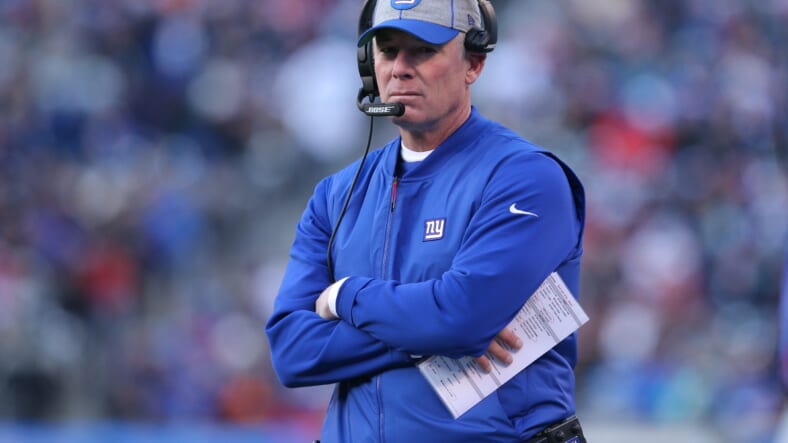 The New York Giants are nearing the end of their disappointing 2021 season. With one game left on the schedule, the Giants are in danger of finishing the season with the highest loss total they’ve ever had. New York is 4-12 and a loss on Sunday would drop them to 4-13, tying 2017 for their most losses in a season. Joe Judge would be the first head coach in New York Giants history to lose 13 games in a season if the team loses to Washington on Sunday.

Giants fans are fed up. They are ready to see General Manager Dave Gettleman fired and many of them would like to see Head Coach Joe Judge get the boot, too. Especially after Judge’s infamous post-game rant after the team’s loss to the Bears this past Sunday.

After the Giants were blown out by the Chicago Bears 29-3 in Week 17, Joe Judge went on a rant for the ages. The Giants’ head coach spoke uninterrupted for nearly eleven minutes. In this long-winded introduction to members of the media, Joe Judge took shots at former New York Giants players, coaches, and players/coaches of other teams. Joe Judge commented on the state of the Giants’ locker room before he arrived last offseason, seemingly taking a shot at former Head Coach Pat Shurmur. Today, Pat Shurmur caught wind of Joe Judge’s comments.

During his post-game rant on Sunday, Joe Judge referenced the state of the New York Giants when he arrived last offseason. According to Judge, the players of the Giants “tapped out” toward the end of the season under former Head Coach Pat Shurmur’s leadership:

“To a man, every player looked me in the eye and said, Joe, it’s not a team, they don’t play hard, we’re out of the playoffs, everybody quit, everybody tapped … They tapped out. OK?”

Pat Shurmur, currently working as the Offensive Coordinator of the Denver Broncos, was asked about Judge’s comments today:

“I obviously – that’s not an accurate assessment. But beyond that, I have no comment.” – Pat Shurmur on Joe Judge’s recent comments stating that “everybody quit,” and “everybody tapped” and “stopped showing up to captain’s meetings” in 2019 (via Ryan O’Halloran).

Joe Judge stooped to a low level when he decided to take shots at former coaches and players. Pat Shurmur was wise not to stoop to the same level. Some current Giants players might be supporting Joe Judge and backing up his comments, but the fans are not. And in New York, you can only go so far without the support of the devoted Giants fans behind you. Joe Judge was seemingly safe to remain the Giants’ head coach next season. But after this fiasco, it seems more and more likely that ownership will rethink their plans going into 2022.