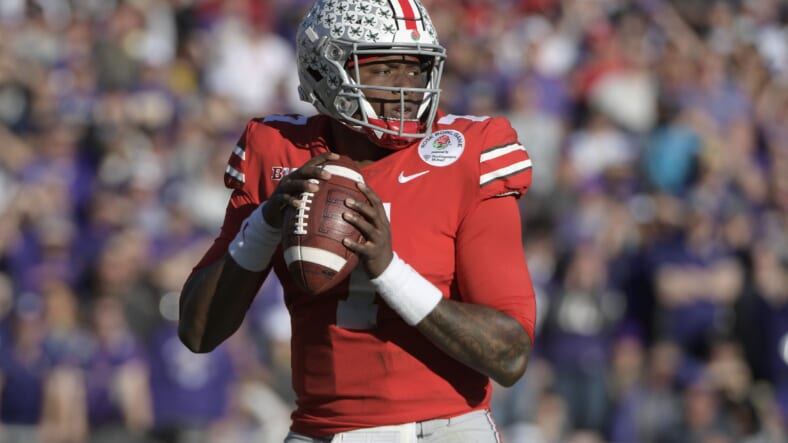 Will the New York Giants draft a quarterback? Will they decide to have enough faith in Eli Manning to not even start thinking about his future successor? Or will the team try to make a run at a player like Russell Wilson in free agency next year and find their future starter that way? No one but perhaps the team ownership and front office knows the answer to that right now, and it looks like things are going to stay that way through the entire offseason.

General Manager Dave Gettleman has been noncommittal when it comes to the subject but general managers and team owners don’t always agree. That, however, doesn’t appear to be the case when it comes to Gettleman and the Giants ownership. Co-owner Steve Tisch talked to the team website this week and said that the team is looking at all of the options.

One specific option, though, doesn’t seem to be jumping out ahead of the others just yet.

“If itâ€™s possible [to land a franchise quarterback], that would be a pretty good situation. But thatâ€™s not going to be forced; itâ€™s not going to be Gettlemanâ€™s marching orders,” said Tisch. “Thereâ€™s no mandate. But weâ€™re going to look at a lot of options, certainly in the draft going forward with potential trades.”

Trading for a quarterback, though, seems hard when the Giants have limited assets right now. The team already traded away star wide receiver Odell Beckham Jr., and several big name defensive players that were on the roster at the beginning of last season, such as Landon Collins, Damon Harrison, and Olivier Vernon are already on other teams either because of trade or free agency.

Many sources rate the Giants as one of the bottom teams in the league, so it’s hard to see who the Giants could send away for a decent quarterback. It looks like the draft and free agency are the main two options, and the team holds both the 6th and the 17th picks this year.

But while Tisch stated that the team won’t necessarily draft a quarterback, he did say something interesting. Specifically, that Eli Manning would eventually take on a mentor role.

“And I think when he does take on the role of mentor, he will be very, very effective.”

If Manning is acting as a mentor, it likely means that the quarterback playing behind him is newer and less experienced. Could it be a sign that the Giants to intend to have a younger, non-veteran quarterback on the roster, perhaps one that’s been recently drafted?

Time will tell, but it’s clear that the team is in a tough spot with a limited amount of time to figure out their future and limited options to do so.