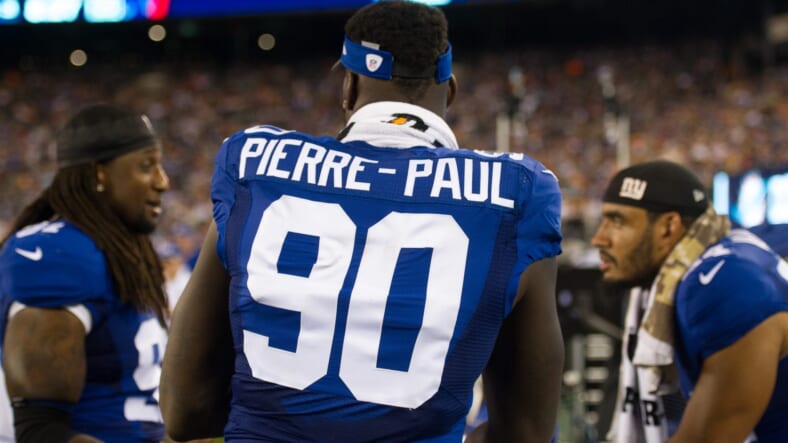 The Giants got lucky finding JPP

Despite the big accomplishments with USF, Selvie wasn’t the player that jumped out when Ross was actually watching film.

“Iâ€™m watching tape and this number 90 just keeps jumping off the tape. I had to keep checking the chart. Iâ€™m supposed to be watching George Selvie, he was 95, but this 90 guyâ€¦ I kept looking up and thinking â€˜Damn, I must be looking at the wrong guy.â€™ But it was JPP.”

Ross would tell Jerry Reese about Pierre-Paul after he continued to improve through the season. Reese eventually acted on that info, and the Giants selected JPP with the 15th pick in the draft. He’d end up playing with the team from 2010 through 2018, making a name for himself as an iconic Giants pass rusher in the process.

The Giants have had a few different top pass rushers since Pierre-Paul ended up in Tampa. Most recently, Markus Golden in 2019 and Leonard Williams in 2020 took up the mantle. As for the next player who will lead the team in sacks, that’s still an unknown as of now. That could very well be Williams again – but the Giants have to bring him back, first.

As the organization has found out since trading JPP, it’s not so easy to keep a top pass rusher around long term.