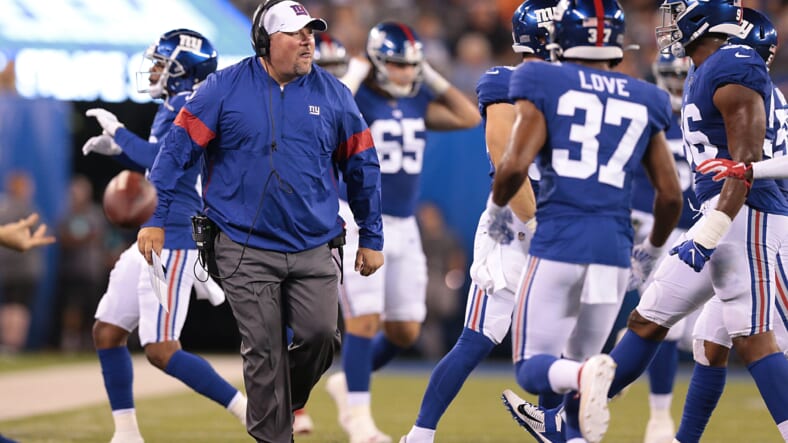 As we crawl ever-so-slowly towards the New York Giants week seven matchup against the Arizona Cardinals, we have good news and bad news.

On the positive side of things, running back Saquon Barkley is preparing to return next Sunday against the Cardinals at home in MetLife. His injection into the offense will not only give rookie quarterback Daniel Jones some breathing room, but also the team as a whole a better grasp on the reigns of victory.

Time management, unpredictability, efficiency, and more play into extracting wins from games and Barkley is a crucial cog in all of those factors. Three weeks after suffering a high ankle sprain against the Tampa Bay Buccaneers, Saquon is cutting and running full speed with no withdrawal. An impressive bout of Super Human recovery, but he’s not out of the clear just yet.

The Giants are certainly in the market for a new linebacker, and Zack Brown, formerly of the Eagles, could be a reliable option. As a tradition linebacker, Brown has 29 combined tackle, 16 solo, and two tackles for a loss. He has recorded at least one sack in every season he’s played in the NFL (8 seasons, including 2019).

Reports of several teams being interest in his services have bubbled to the surface, and the New York Giants should undoubtedly be one of them, considering his knowledge of the Philly defensive schemes and his success in past seasons. However, the Giants are running dangerously low on cap-space, and alternative Deon Bucannon could make far more sense for a James Bettcher run unit.

Big Blue re-signed Bennie Fowler over the weekend to help supplement Sterling Shepard picking up a second concussion this season in week five. He likely won’t earn much playing time, but having an insurance policy who’s familiar with the playbook is valuable.

The Giants also cut linebacker Nate Stupar, who famously was hit in the head with a punt last week against New England. That play resulted in a special-teams score for the Pats, putting them on the board in what was a defensive stalemate.